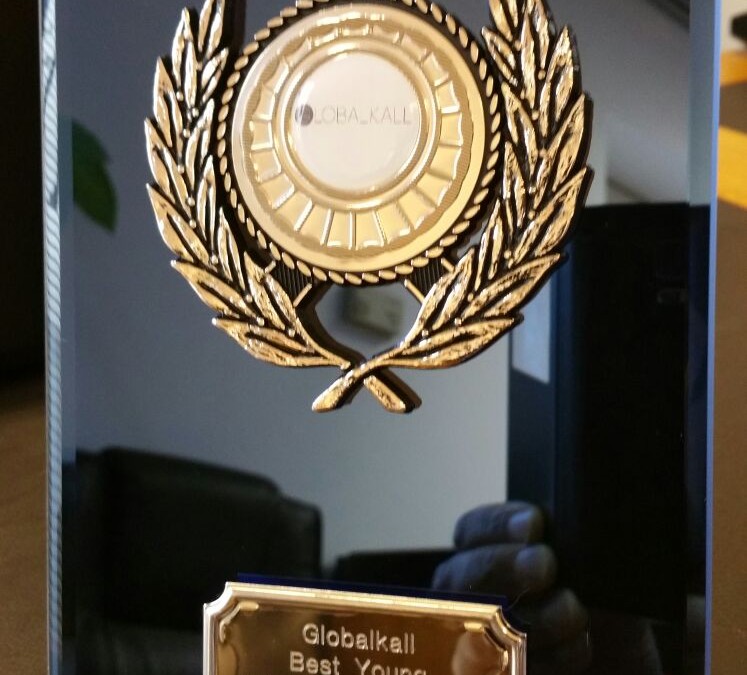 Five players have been shortlisted for 2015 Sierra Leone Football.com Player of the Year award based on their respective performances for both club and country from November 2014 to November 2015.

Two previous winners of the prestigious award Kei Ansu Kamara based in USA and Dinamo Minsk’s Umaru ‘Zingalay’ Bangura are on the shortlist along with Alhaji ‘Andriano’ Kamara of Swedish champions IFK Norrköping, Scotland based Mustapha Dumbuya and Mohamed ‘Poborsky’ Bangura who has just moved to China.

The winner who is voted for by viewers of Sierra Leone Football.com will be announced during an award ceremony in London on the 21st May 2016, and will receive a specially designed glittering trophy with his name written on it. Other prizes will also be given out during the ceremony.

Three of the 2015 shortlist, which was voted for by selected Sierra Leonean Sports Journalists from both print and electronic media have previously been nominated for past awards.

Umaru Bangura who won the 2013 award makes the shortlist for the fourth time running while the maiden winner of the award in 2012 Kei Kamara is on it for the third time. Alhaji Kamara is on the list for the second time while Mohamed Bangura and Dumbuya are both being shortlisted for the first time.

Also five other players have been nominated for the 2015 Globalkall Young Player Award which is for Sierra Leonean players under the age of 21 years.

They are 2014 winner of the award Sullay Kaikai of Crystal Palace, Arsenal’s Glen Kamara, USA based Victor Mansaray, The Netherland based Issa Kallon and Ishmail ‘Jojor’ Koroma of Swedish club Nyköping.

These players were voted for to be shortlisted by the same selected Sports Journalists. Footballers with Sierra Leonean heritage who are eligible to play Sierra Leone are also considered for this award.

The viewers of Sierra Leone Football.com website will also decide the winner through voting. The voting period for this category is the same as for the best player award.

Read below profiles of the shortlisted players for the two categories to help you make your choices.

Profiles of players for the two categories

Kei Ansu Kamara (age 31) is a Sierra Leonean forward who plays for Columbus Crew in the United States Major League Soccer (MLS). He had a very good season in 2015 as he scored a total of 26 goals in the season finishing as top goal scorer in the 2015 MLS play-offs. He helped Columbus Crew to be crowned the MLS Eastern conference zone champions qualifying them to the MLS Cup play-offs final. Columbus Crew finished runners-up despite Kamara was on target as they lost 2-1 at home to Portland Timbers. Kamara finished the MLS season as joint top goal scorer of the league, alongside Toronto FC’s Sebastian Giovinco with 22 goals in 33 matches. But Giovinvo claimed the golden boot award for providing the more assists throughout the season. Kamara was voted Columbus Crew’s player of the year. He also won the 2015 Advocare MLS works humanitarian player of the year. He came second in both the 2015 London Donavan and MLS Cup MVP awards.

Kamara who became a father in 2015 announced a break in his international career with Sierra Leone in early October.

Alhaji ‘Andriano’ Kamara (Age 21) is a Sierra Leonean international who plays for the current Swedish champions IFK Norrköping. He rejoined IFK Norrköping in the second half of the season scoring six goals in the campaign to help them win the league title for the first time in 23 years. It was Kamara’s first major trophy in his career. Kamara started the season on loan to Malaysia’s Super League Champions Johor Darul Takzim FC netting a goal in four appearances. He scored a goal for his country’s senior national A team Leone Stars in a 2-1 victory over Chad in Port Harcourt in Nigeria in October 2015 but was not enough to see Sierra Leone through to the second round stage of the 2018 World Cup qualifiers.

Umaru ‘Zingalay’ Bangura (Age 28) is the skipper of Sierra Leone national A team Leone Stars. He is a central defender who can also operate in midfield. Bangura currently plays for Dinamo Minsk in the Belarusian Premier League. Bangura is a regular and instrumental player in Dimano Minsk. He helped Dimano Minsk to qualify for the 2015/2016 Uefa Europa League group stage but failed to progress to the round of 32 stage. In the group stage, Bangura played against teams like Spain’s Villarreal, Rapid Wien of Austria and Czech Republic’s Viktoria Plzen. Bangura also plays regularly for Leone Stars.

Mohamed ‘Poborsky’ Bangura (Age 26) is a Sierra Leonean international forward who has just moved to Chinese second tier league side Dalian Yifang. He plays regularly for Leone Stars. He played the entire 2015 season for Swedish top flight league side AIK Stockholm. He rejoined AIK Stockholm to resurrect his career and he succeeded as he netted eight goals in the league and made some assists to help his club finished third in the standings. He was a regular and instrumental player in AIK Stockholm.

Mustapha Dumbuya (Age 28) is a Sierra Leonean international right-back. He currently plays for Patrick Thistle in the Scottish Premier League. He started the season with English League two (Fourth tier) side Nott County before he moved to Patrick Thistle in September 2015 on a season’s long deal. He quickly established himself as a strong player winning the hearts of his coach and fans of his club with impressive performances. Dumbuya has been playing regularly and scored a goal in one of his many appearances. He was named Patrick Thistle’s best player of the month December 2015 and had his contract extended for two more years which will keep him in the club until 2018.

Sullay Kaikai (Age 20) is the reigning Sierra Leone Football.com/Globalkall Young Player of the Year. He is a Sierra Leonean attacking midfielder who also qualifies to play for England. He plays for English club Crystal Palace. He was on loan to English league one sides Cambridge United from January-May 2015 and to Shrewsbury Town from September to December 2015. He was impressive as he netted a total of 10 goals in the 2015 calendar year scoring five goals each for Cambridge United and Shrewsbury Town. Kaikai was recalled by Crystal Palace to cover for injuries on 23 December.

Glen Kamara (Age 20) was born in Tampere, Finland but qualifies to play for Leone Stars as his father hails from Sierra Leone. The midfielder plays mainly for the reserve team of English club Arsenal. Kamara made his debut for the Arsenal senior team on 27 October 2015, a day before his 20th birthday, against Sheffield Wednesday in the football league cup fourth round, an eventual 3–0 away loss. Kamara has represented both the Finland U-19 and U-21 national sides and was an unused substitute for the Finland senior side in a friendly against Estonia in June 2015.

Issa Kallon (Age 20) is a Dutch national who also qualifies to play for Sierra Leone. He currently plays as a winger for Dutch top tier league side FC Utreach. He has played for nearly all the Dutch junior and youth national teams.

Victor Mansaray (Age 18) was born in Freetown but also holds an American citizenship. He plays for Seattle Sounders in the United States Major League Soccer (MLS). He made his MLS debut in March 2015 in a 0–0 draw away to FC Dallas. The forward has played for both the United States under 18 and 20 national teams.

Ishmail ‘Jorjoh’ Koroma (Age 19) is a Sierra Leonean central defender who currently plays for Swedish third tier league side Nyköping IBS. The former FC Johansen and Old Edwardians player played regularly for Nykoping in the 2015 season. He featured in 25 games playing a total of 2010 minutes as he helped Nykoping to finish in sixth position in the league table. Koroma had captained the Sierra Leone U-20 national team before moving to Nykoping in 2014.