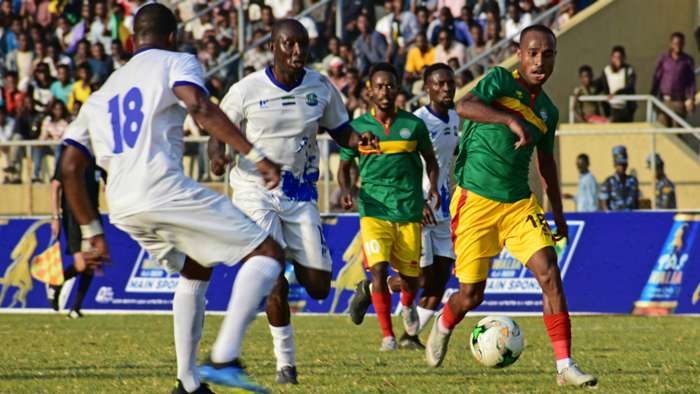 Having been informed by the football body that they will take on the Squirrels in June, the West Africans have questioned the decision

The Sierra Leone Football Association has declared they will appeal against the decision of the Confederation of African Football to fix a new date for their clash against Benin Republic.

The Africa Cup of Nations Group L encounter could not take place as planned on Tuesday, March 30 at the National Stadium, Freetown due to a Covid-19 controversy.

Michel Dussuyer’s Squirrels arrived at the match venue, but they refused to leave their bus after being told less than an hour before kick-off that Steve Mounie and five others had tested positive for the virus.

After hours of wait, the crunch game did not take place. However, Caf announced on Wednesday the match will take place during the June international window.

“The Africa Cup of Nations organizing committee has decided to postpone the above-mentioned match to the next Fifa international window scheduled for June 2021. We thank you in advance for your cooperation and understanding,” a post from Benin Football Federation Facebook page read.

In their reaction, the Sierra Leonean football governing body questioned the Afcon organising committee’s considerations which led them to arrive at the approved conclusion.

“The Sierra Leone Football Association would like to inform the public that Caf has notified SLFA that the organizing committee of the African Cup of Nations has decided to postpone the match #151 between Sierra Leone and Benin in the 2021 Afcon qualifiers until the next Fifa international window scheduled for June 2021,” a statement published by SLFA website on Wednesday read.

“Caf did not state the yardstick used by the committee to arrive at the said decision.

“Consequently, and in accordance with art. 83, 84 and 85 of the Afcon regulations which adequately address issues around failure to report for a match and/or refusal to play, of which there have been several precedents the Sierra Leone Football Association has resolved to appeal the decision of the Afcon organizing committee.

“SLFA is therefore calling on every Sierra Leonean especially football loving fans to stay calm as the matter is currently being pursued in line with the appropriate statutory provisions.”

As it stands, the Leone Stars occupy the third position in Group L having garnered three points. Victory over Benin will send them through to Cameroon 2022.