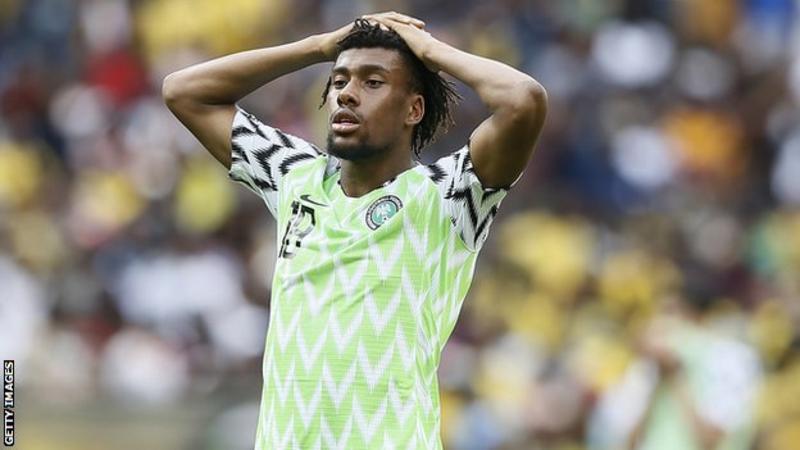 Nigeria’s preparation for the Africa Cup of Nations semi-final against Algeria on Sunday has not been affected by the fact that many view the Super Eagles as favourites for the title, says Arsenal forward Alex Iwobi.

Despite unconvincing performances in the group stage, Nigeria beat holders Cameroon in the second round and South Africa, who sensationally knocked out hosts Egypt, in the quarterfinals.

Now regarded as one of the favourites after those two big wins, Iwobi is cautious about getting carried away.

This is the biggest competition in Africa. Not only are we going to do Nigeria proud, but our own names and family names proudAlex IwobiNigeria and Arsenal forward

“Normally you have to ignore and not pay attention to it,” Iwobi told BBC Sport.

“It’s a hard one to say. There’s still Algeria, Senegal and Tunisia. All four of us are capable of winning. We’ve all got quality players. I wouldn’t know who’s the favourite at this point in time.

“Even though we were able to win two games in the group stage, it wasn’t the greatest performance but sometimes you know you don’t have to play well to win games.

“Against Cameroon and South Africa I’d say we’ve done well, we dug deep. But it’s not the end, we have to continue against Algeria, we are very confident as we are able to beat the holders and a team that beat the hosts.

“It gives us the confidence but we will stay with a bit of humility and hopefully go on and win the game.”

Nigeria lost the 1990 Nations Cup final to hosts Algeria, but they have edged past the North Africans 1-0 in their last two meetings at the tournament in 2002 and 2010.

But Algeria, seeking a second Nations Cup triumph, are unbeaten in Egypt. They came through against Ivory Coast 4-3 on penalties in their quarter-final following a 1-1 draw after extra time.

However, Arsenal forward Iwobi is not bothered about past history involving both nations or the recent form of the Desert Foxes.

“We are not worried about the way they’ve played and their unbeaten run. We just have to try and win it. Algeria is one of the great teams in Africa,” he said.

“We know it’s not going to be easy, they’ve got quality players but so do we. It’s going to be a great game to watch, let’s hope Nigeria can do it.

“If we manage to achieve success here, we will go down in history. I know it’s always been our childhood dream to win as many competitions as we can.”

Champions in 2013 before incredibly failing to qualify in 2015 and 2017, there is a feeling in the country that the Super Eagles could achieve a fourth success on the continental showpiece event.

“This is the biggest competition in Africa. Not only are we going to do Nigeria proud, but our own names and family names proud,” he added.

“We just have to go out there and take it one game at a time. Anything is possible.”