Africa Cup of Nations: Local coaches set to redress the balance in Cameroon 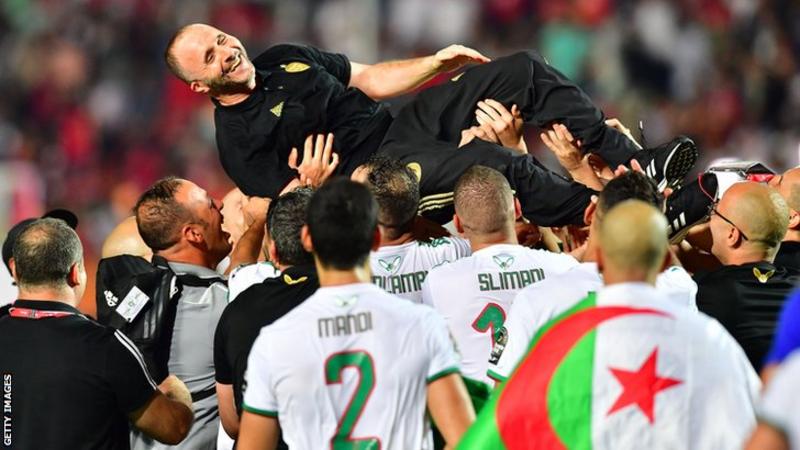 For the first time in more than a half century there will be a significant majority of African coaches in charge of teams at January’s Africa Cup of Nations finals in Cameroon.

The qualification of Sierra Leone under John Keister earlier this week means 14 of the 24 team at the finals will be handled by a local coach – barring any sudden change of heart by football federations to change personnel.

It is a significant swing in favour of locals, who have been long overshadowed by foreign coaches from Europe and South America at the finals.

The 2002 finals in Mali was the last time there were more African coaches than foreigners at the finals but then, in a 16-team field, there was an almost even split with nine Africans and seven expatriates.

Not since 1965 in Tunisia, when all six finalists were handled by locals, has there been such a large percentage of African coaches, in what will be seen as a vote of confidence in local talent.

Countries like Burkina Faso, Equatorial Guinea and Mali, whose recent previous appearances at the finals have been with a foreign coach in charge, have changed tack and opted for locals.

The debate over a lack of opportunity for African coaches in their own countries has long been a passionate one with many believing federations tend towards foreigners when appointing national coach.

Often the knee jerk reaction to recruiting coaches has seen many from Europe or South America taking on a role that they are not prepared for or that is beyond their ability.

Others believe that status of African coaches is still low and they do not get the same respect from players as an outside coach does.

Of the 32 past editions of the Cup of Nations, only six have seen African coaches dominate. There have been eight tournaments were the split was even, but 18 where non-African coaches were in majority on the bench. This includes the last seven, stretching back to 2008.

Claude Le Roy has the record for coaching at the Nations Cup finals having led six different teams at nine tournaments, followed by Henryk Kasperczak (7), Michel Dussuyer (6), Herve Renard (6), Alain Giresse (5) and Henri Michel (5). All are French, including the former Polish international Kasperczak, who became a French citizen after starting his coaching career there.

That compares to just three tournaments for several African coaches – a record shared by Mahmoud Al Gohari, CK Gyamfi, Florent Ibenge, Fred Osam Duodu, Rabah Saadane and Hassan Shehata, who won all three of his appearances. Guinea Bissau coach Baciro Cande is due to coach at a third successive tournament in January.

On the winning front, 17 Cup of Nations have been won by African coaches and 16 by foreigners with Algeria’s Djamel Belmadi tipping the balance in favour of the locals at the last edition in Egypt – and strengthening the argument in favour of more Africans in the coaching hot seat.