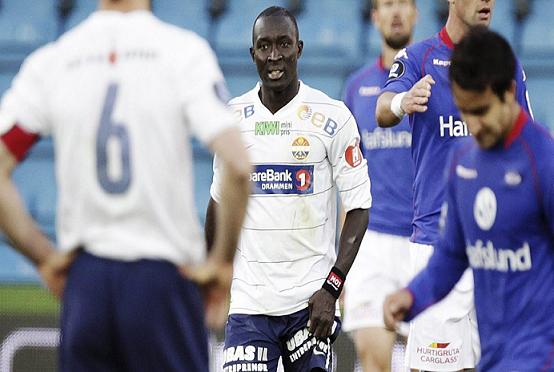 The 27-year old midfielder signed his contract on Friday and his delighted about the the move.

“I decided to join Denizlispor because they met my wages demand and I’m happy about it,” Sankoh told Sierra Leone Football.com.

“Another reason for joining the club is because they want to do well in the coming season as they have signed good foreign players from Brazil and The Netherlands.”

The former Old Edwardians star player is hoping to give out his best for his new Denizli based club.

“I’ll give out my best and try as best as possible to help Denizlispor promote to the Turkish top tier league.”

Denizlispor are the third Turkish club Sankoh has signed for after Balikesispor and Sanliurfaspor where he had two spells.

Sankoh also played in Azerbaijan for Khazar Lankaran and in the Norwegian top flight league for Stromsgodset with whom he won he won 2011 Norwegian Cup, the only silverware so far in his career.

The calm looking and soft spoken midfielder made his appearance for Leone Stars against South Africa in Freetown in 2010 in a 2012 Africa Cup of Nations (AFCON) qualifier.

He was part of the Leone Stars team that defeated Sudan in Freetown in early June in the 2017 AFCON qualifiers.