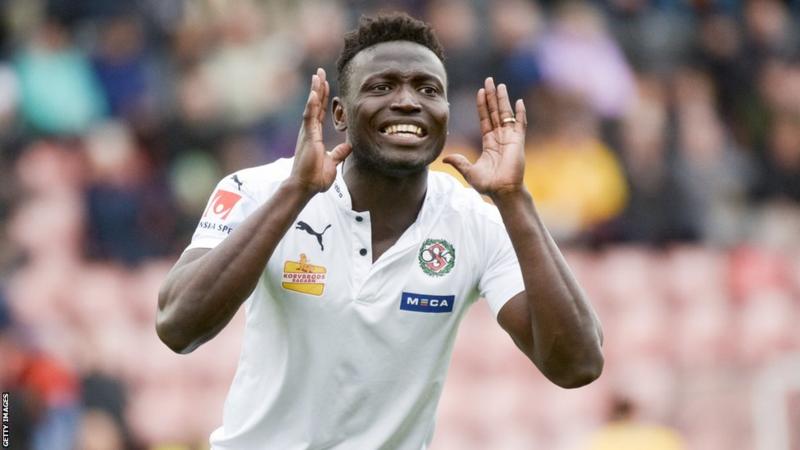 Sierra Leone international Alhassan Kamara is eager to put a season of injury behind him after joining Sweden’s BK Hacken.

The 23-year old striker, who missed the entire 2015 season, has signed from Orebro on a three-year deal.

Kamara returned to action in the 2016 season, making nine league appearances for Orebro and scoring one goal.

“I’m delighted to join Hacken. It’s a big opportunity for me to start another chapter in my career,” Kamara said.

Hacken sporting director Sonny Karlsson told the Gothenburg-based club’s website: “We have got a really good centre-forward who is strong, fast and a good finisher.

“We think he will fit in perfectly with our game.”

Kamara, who is also known by his nickname ‘Crespo’, could make his debut for Hacken in Sunday’s league match against Helsingborg.

He will be eager to recapture his form of 2014, when he was scored 14 goals in 19 matches in the Swedish league Allsvenskan to finish among the top scorers.

His haul included a seven-minute hat-trick scored against his new club Hacken.