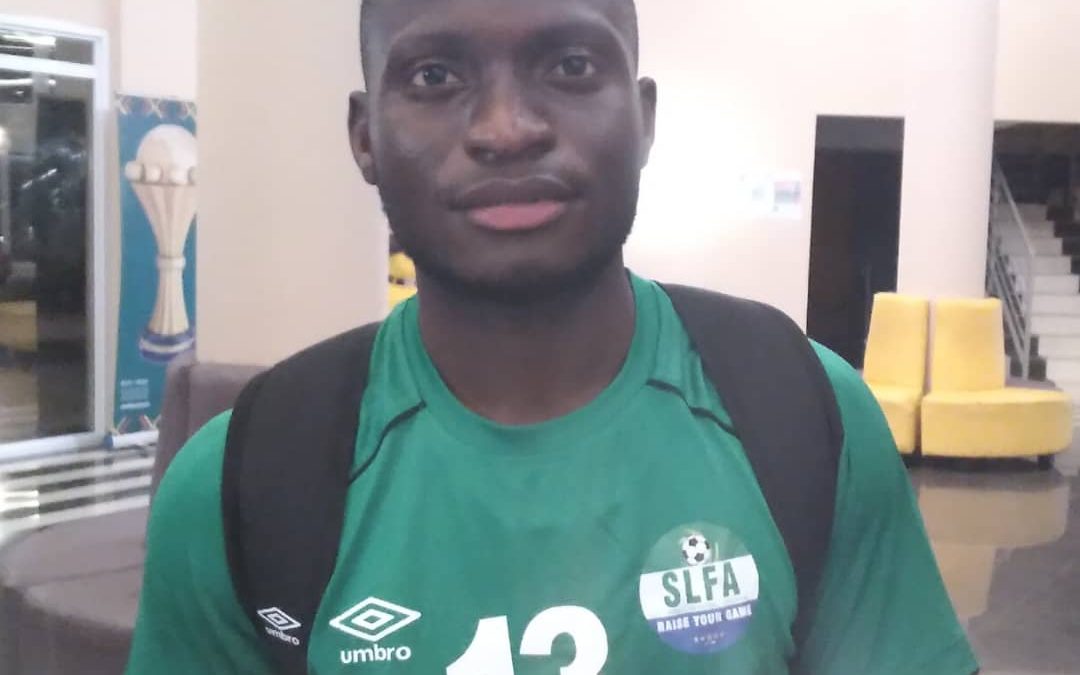 Spain based forward Alhassan Koroma popularly known as Twin has expressed frustration over his removal from the Sierra Leone squad for the Africa Cup of Nations (Afcon) in Cameroon.

Representing Sierra Leone in a major tournament like the Afcon was a long time dream for Koroma who was withdrawn from the Leone Stars’ 28-man squad on Saturday due to hamstring injury.

The 21-year-old who plays for a Spanish third tier side Real Balompedica Linense has been replaced by Augustus Kargbo currently with Italian Serie B outfit Crotone.

“Playing at the Nations Cup was a long time dream but this is a very frustrating moment for me as a player for my country as a whole, my family and my club,” Koroma told Sierra Leone Football.com in an exclusive interview.

“But I’m a strong person, in life there is always a test so I believe in God’s will.”

The former East End Lions winger believes all is not yet lost as he has more years ahead him.

“I know that I have a long way to go because I’m still young,” he added.

Koroma was declared unfit by the Leone Stars medical team on Friday and he explains where he got injured.

“I got my in injury the day we had our first training session in Douala on Friday.”

“I started feeling slight pain when i arrived in Freetown from Spain.”

“I though it was because of the long travel as I transited in two countries. I didn’t take it serious.

“But I finally got injured in Douala not while playing or training with my club.”

“I’ll likely be out of action for around two to three weeks.”

Koroma was named in the Leone Stars’ 28-man squad before his arrival in Freetown to join his teammates in camp at the Golden Tulip Kimbima hotel.

He had a few training sessions with the team before they travelled to Douala on Thursday.

The six foot long player who is still with the squad in Douala believes his teammates will do well in the tournament without him.

“I know we are capable of doing everything for ourselves for the country to be successful in this Nations Cup tournament.”

I’ll be happy to be around the team to motivate and cheer-up my colleagues.”

“I’m in Douala to play for my country but unfortunately things have changed.

Koroma’s replacement Augustus Kargbo who is expected in Douala on Sunday was initially part of Leone Stars’ 40-man provisional list for the Afcon but didn’t make the final 28-man squad.

The 22-year- old returned to Italy on Thursday but he’s now on his way back to join the team.

Leone Stars begin their Nations Cup campaign against the Desert Foxes of Algeria on Tuesday to mark their third appearance in the tournament and their first since 1996.