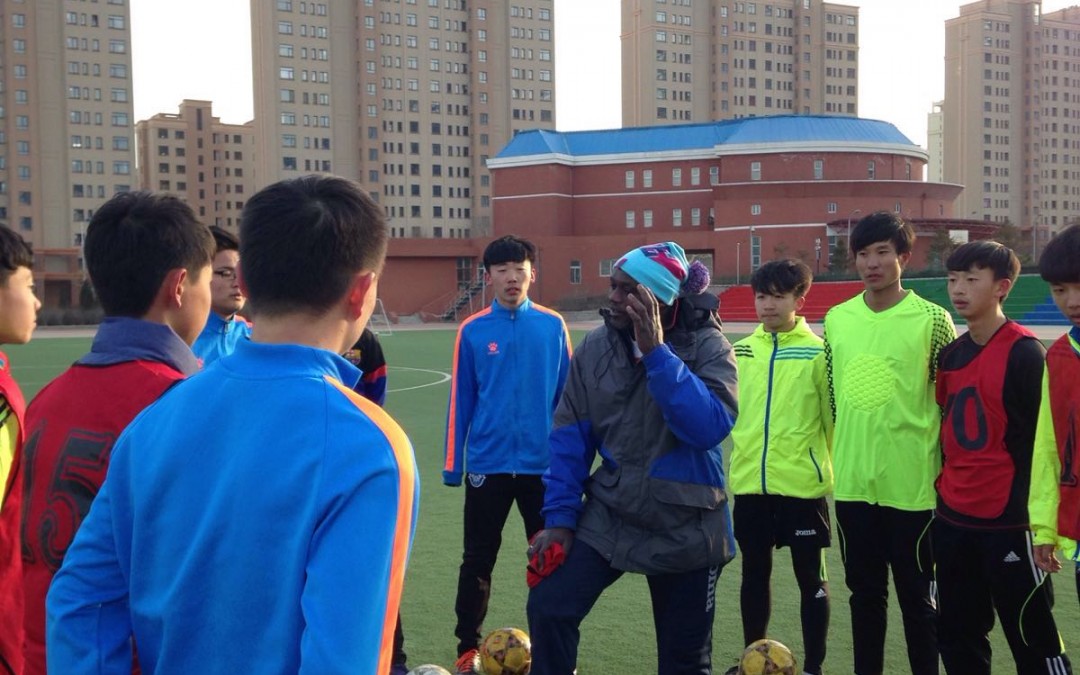 Ghanaian-born former Sierra Leonean international Atto Mensah is currently in the Chinese state of Dalian coaching children between the ages of 16-19 years in high schools to help China become a top footballing nation.

The school football programme is part of the Chinese government wider plans to achieve their goal of becoming a top footballing nation by 2030 and if possible win the FIFA World Cup.

Coach Mensah told Sierra Leone Football.com: “Me and some Dutch coaches have been sent to Dalian to help promote China’s 2030 plan.”

“We are doing it through schools. I have signed one year contract to do the job.”

“I was contacted by René Meulensteen, former field coach of Manchester United, under Sir Alex Furgerson and some Chinese senior figures.”

“I’m enjoying my job. I like to assist kids who love the game, get the necessary help needed in this field to fulfill their dreams.”

“Besides the vaccum should be filled in the prolonging of the game.”

“In one of the schools, I do both the boys and the girls.

Infact the girls are the number one priority of the school.”

“The schools are very happy with me too.”

The ex-East End Lions forward believes China will achieve their objective as they are on the right track.

“I believe China will achieve their goal because anybody who plans ahead, focuses on the plan and work hard on it will succeed.”

Mensah who has UEFA ‘B’coaching license was appointed as coach of Leone Stars by the now sacked Sports minister Paul Kamara in 2014 to replace Northern Irishman Johny McKinstry for the last four matches of 2015 Africa Cup of Nations qualifiers.

But his appointment didn’t matrialise as he was not endorsed by the Sierra Leone Football Association (SLFA) whose preferred choice took over the team instead.