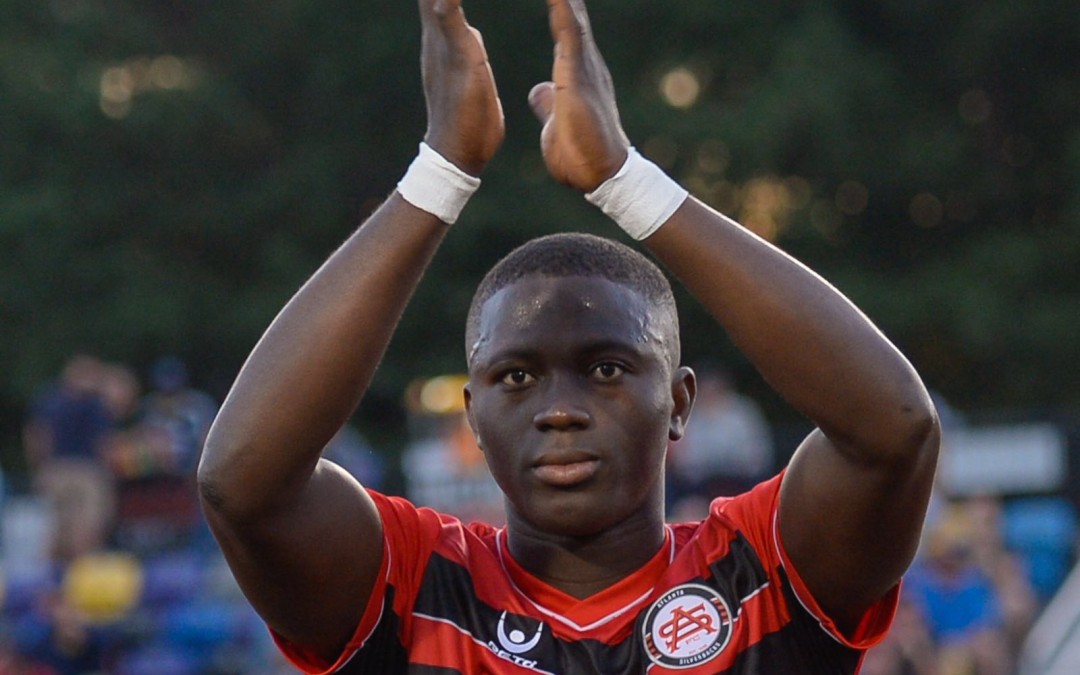 Sierra Leonean international Abdul Rahman Bangura has been named as captain of United States club Silverbacks FC ahead of the start of the fourth tier league season in May.

The 30-year old central defender who has recovered from a meniscus injury has been a regular starting player at Silverbacks FC since joining the Atlanta based club in 2014.

Silverbacks FC were playing in the second tier league. But were suspended in January from taking part in the 2016 season and possible beyond for failing to get an ownership group that meet specific standards set out by the Northern American Soccer League (NASL).

“He’s a good player and one of the most responsible players in the team.”

“He commands respect from his colleagues and he’s a leader on the pitch.”

“His leadership qualities is second to non.”

Bangura says he feels honoured to be named as captain of the team and promises to live up to expectations.

He said: “I feel happy to be named the new captain of my team.”

“It’s indeed a honour and I’ll try my best to live up to the expectations of my manager, team-mate and fans.”

Bangura’s first game as captain will take place next month when they play in the US Open Cup against a team yet to be known.

Dolleh believes that Bangura’s would be key to the success of the club.
“We know that Abdul brings us lot of values.”

“With him we expect to do very well this season,” he added.

Dolleh concluded: “He’ll help us  a lot in the dressing room.”

He has so far made four appearances for Leone Stars against Ivory Coast, Seychelles and twice against Democratic Republic of Congo.