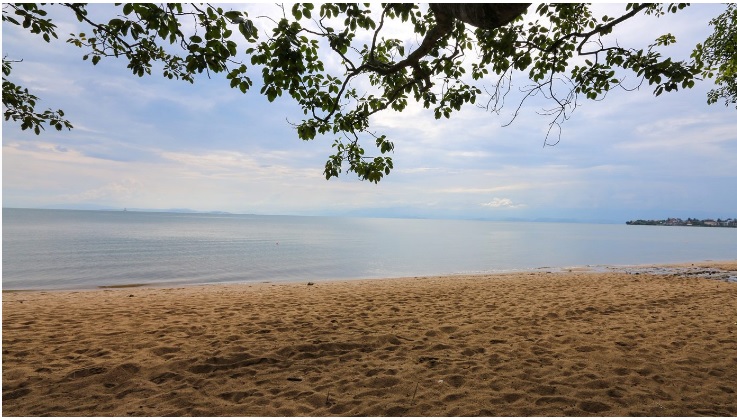 It may seem a fantasmagorical question to pose to Sierra Leoneans, but let’s look at the cold hard facts before coming to any hasty conclusions.

There are more similarities than differences in the recent histories of Sierra Leone and Rwanda.

Both have gone through debilitating wars in similar periods of time.

Since the wars ended Sierra Leone has had three Presidents, Kabbah, Bai Koroma & Bio. Rwanda has had one, Kagame, since 2000.

Sierra Leone is almost three times the size of Rwanda at 72k sq km but has half of Rwanda’s 12 million population.

Rwanda’s top tourist attraction is the mountain gorilla, Sierra Leone’s is the chimpanzee.

Rwanda’s development board made a bold step of signing a sleeve sponsoring deal with Arsenal FC last year. Over a three-year period, the 200 sq centimetre ad “Visit Rwanda” will cost the country $39 million as a sleeve sponsor.

News of the “Visit Rwanda” Arsenal deal was met with widespread criticism from the development and policy community given the poverty levels in a country where per capita income is estimated at just $700.

Dutch lawmakers reacted angrily to the news that such a poor country receiving a great deal of aid from The Netherlands would sponsor one of the world’s richest soccer clubs. Similar reactions could be heard in the UK, Rwanda’s second largest bilateral donor. An MP described the deal as “an own goal for foreign aid”.

For the Rwandan government, the deal is part of a broader strategy to develop tourism which in 2017 accounted for about 12.7% of GDP and $400 million of revenue. The country sees upmarket leisure and convention tourism as an important growth sector. It has a lot going for it: lush green landscapes, the mountain gorillas of the Virunga volcanos, the Akagera wildlife park, the tropical Nyungwe forest, idyllic Lake Kivu, and even genocide memorials – all compressed into a space of just 26,000 sq kms.

The Rwanda Development Board, which inked the deal, has claimed the country’s strategy of multi-million dollar soccer sponsorship deals has paid off as it has already recouped over 100% in marketing benefits from its first year of the sponsorship with Arsenal. It said Rwanda saw a 5% increase in visitors from the UK during that period. Clare Akamanzi, chief executive of the Rwanda Development Board said in a statement the country invests part of its tourism revenues in “strategic collaborations,” like soccer sponsorship deals, based on an expected “positive effect” they have on the Rwanda’s perception globally.

Long-term, Rwanda’s central goal is boosting its local tourism industry— its’ largest foreign revenue earner as it aims to grow revenues to $800 million by 2024, from $438 million in 2017. While the country has positioned itself as a high-end conference and business destination, it also strongly relies on its wildlife attractions, specifically its mountain gorillas—one of the world’s most endangered species.

What do Rwanda get from Arsenal

Visit Rwanda is Arsenal Football Club’s official Tourism Partner and its first shirt sleeve partner. The Visit Rwanda logo features on the left sleeve of all AFC teams for the duration of the three-year partnership.

The Arsenal shirt is seen 35 million times a day globally and AFC is one of the most watched teams around the world, enabling Visit Rwanda to be seen in football-loving nations around the world and helping its drive to be an even more successful tourism and investment destination.

Arsenal’s Chief Commercial Officer, Vinai Venkatesham, said: “This is an exciting partnership which will see us support Rwanda’s ambition to build their tourism industry. The country has been transformed in recent years and Arsenal’s huge following will bring Rwanda into people’s minds in a new and dynamic way.”

Rwanda Development Board Chief Executive Officer, Clare Akamanzi said: “We’re thrilled to be partnering with Arsenal and showcasing the vibrancy and beauty of our country. Rwanda is a country pulsing with energy, creativity and innovation.”

As part of the partnership, Arsenal players from the men’s and women’s teams visit Rwanda and club coaches host coaching camps to support the development of the game for boys and girls in the country.

‘Visit Rwanda’ will gain global exposure through branding on matchday LED boards at the Emirates Stadium, all the interview backdrops and a broad range of other marketing rights.

In conclusion, it seems that the “Visit Rwanda” sponsorship deal with Arsenal, despite much criticism, is working for Rwanda. So much so Rwanda’s development board have just penned a similar agreement with Paris Saint Germain (PSG) womens for 3 years at a cost of $10 millon.

Can Sierra Leone emulate Rwanda with these kind of investments to boost tourism?