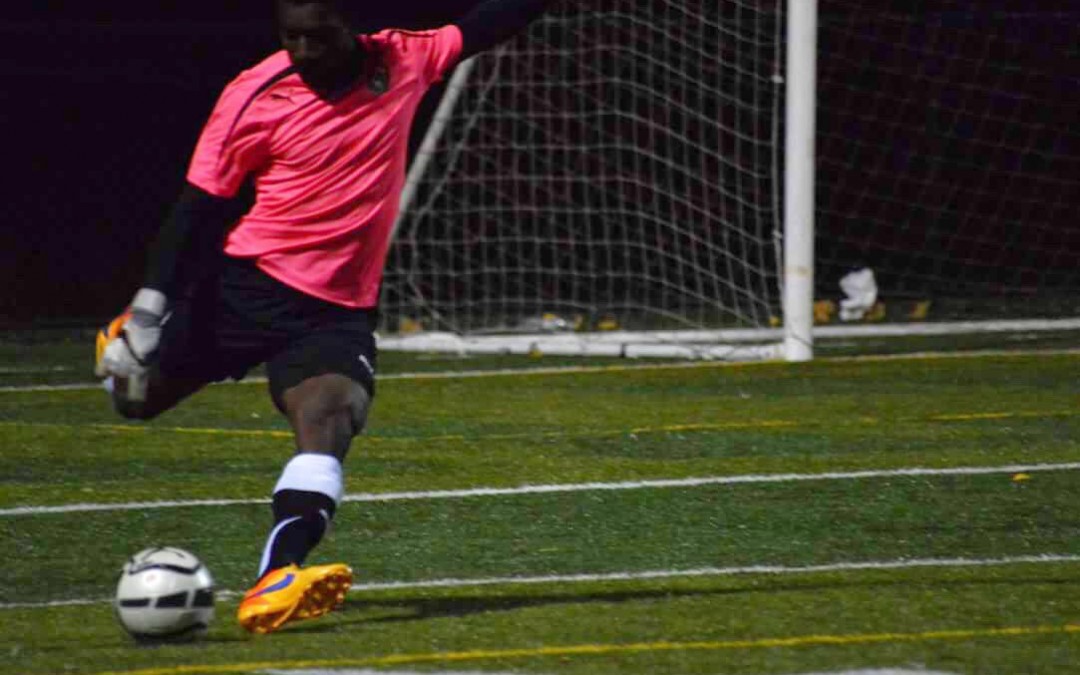 Sierra Leonean goal keeper Christian Caulker currently based in USA is preparing with his new club IFK Maryland to compete in the 2016 American Soccer League (ASL) commencing in April.

The ASL is an amateur league and its main goal is to gain a division three status.

Its parent body is the American Professional Soccer (ASP) and the league is being sanctioned by United States Adult Soccer Association (USASA).

“We are preparing for the league as we have played series of friendlies and I’m looking forward to play the ASL,” Caulker told Sierra Leone Football.com.

“Personally I’m fit and ready to give out my best for IFK Maryland and collectively we hope to do well in the ASL.”

“We are going to finish our preparations with a training camp in Sweden.”

IFK Maryland’s opening fixture in the ASL is against Philadelphia Fury at home on April 9.

IFK Maryland are formed in 2013 and are based in Baltimore.

Caulker played in Sweden before he moved to USA few years ago.

He is currently being suspended from international duty by the Sierra Leone Football Association (SLFA) for an alleged attempt to fix a match involving Leone Stars. But he denied the allegation.

Caulker won many caps with Leone Stars as first choice goal keeper before he was suspended together with three other players in 2014.

Investigations into the match fixing allegations are yet to start.