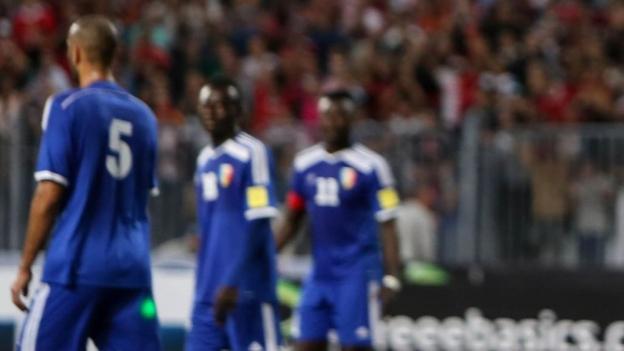 Chad will not take part in the final matches of qualification for next year’s Africa Cup of Nations after being disqualified by African football’s governing body Caf.

Chad – who were already bottom of Group A and with no chance of qualifying for the finals in Cameroon – will no longer play their upcoming matches against Namibia and Mali in Group A.

Instead, 3-0 victories will automatically be given to those opponents.

The decision comes after Chad’s Football Federation was suspended by the country’s Ministry of Youth and Sports.

“Following the suspension of the Chadian Football Federation by the Chadian Ministry of Youth and Sports, Caf has decided to disqualify the national team of Chad from the qualifiers for the Africa Cup of Nations 2021,” a Caf statement said.

Already-qualified Mali now lead Group A with 13 points from five matches, with Guinea second on eight points from four games.

Guinea host Mali on Wednesday and will qualify for the finals with a win, but any other result will see them travel to Namibia for a qualification decider on Sunday.