Chalobah opens up on being an inspiration in Africa, his faith and Rudiger’s vital role in his progress 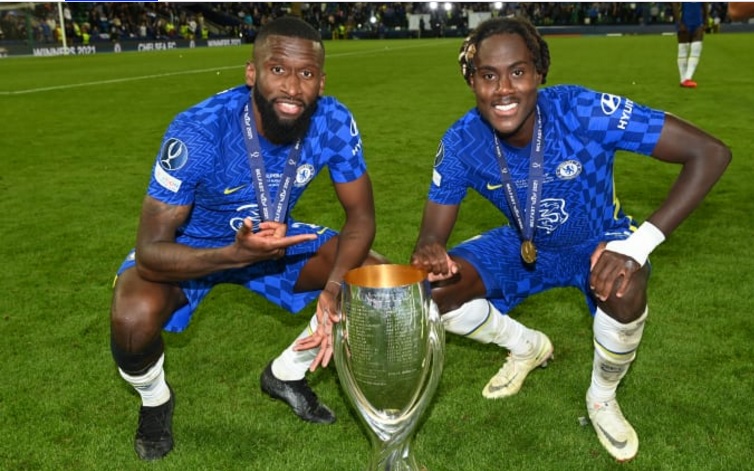 Trevoh Chalobah spoke to lifelong Blues fan Jamal Edwards about becoming a role model for young black African footballers, his own heroes growing up, and what has helped get him through tough times in the early stages of what promises to be an exciting career ahead.

Chalobah has burst onto the scene at Stamford Bridge this season having been at Chelsea since he was a boy, even scoring on his Premier League debut in the win over Crystal Palace. Interviewed by Edwards, who founded the online music platform SB.TV, high up in the West Stand, Chalobah describes his belated route into football, how important faith is to him and the motto he never lets slip out of his mind.

His journey began in West Africa and he tells Edwards how he is aiming to inspire the next generation of players from that part of the world.

‘I was born in Sierra Leone and moved over here,’ Trevoh says in the interview.

‘Them seeing me now will probably give them hope. If they do get the opportunity, that’s all it needs. For a lot of black African players, there is a lot of talent out there, but it’s then getting the opportunity to showcase their skills.

As well as underlining the importance of his family, including his elder brother Nathaniel who also came through at Chelsea, Chalobah picks out the member of the current squad who he says has helped him the most in recent years.

‘Toni. When Toni first came, Conte was here and I used to train with the first team. He’s from Sierra Leone as well.

‘My brother was here, he introduced me to Toni and told him to look after me. He always believed in me. There used to be times when I used to talk to him, and ask him what I could do to improve my game, or when I was going out on loan, what I needed to do.

‘He’s always believed in me and told me if I kept working hard I would get my opportunity. I have to say thanks to him believing in me.’