Fifa keen to investigate financial transactions carried out by Caf 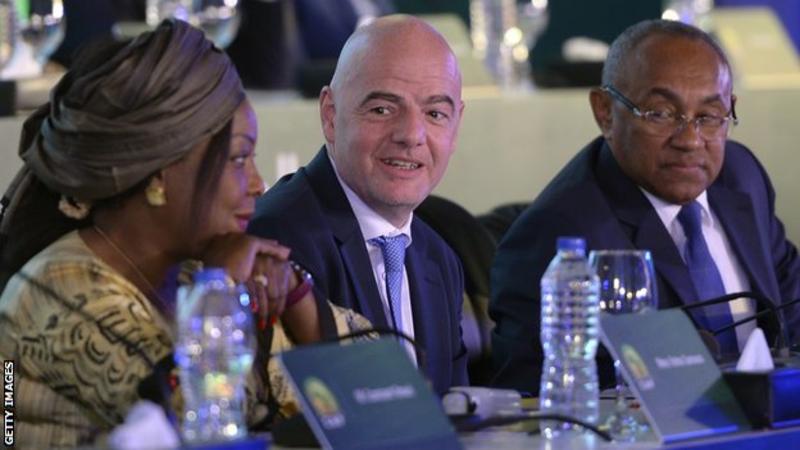 Fifa secretary general Fatma Samoura assisted the Confederation of African Football for six months until her tenure came to an end on 1 February 2020.

Football’s world governing body Fifa is keen to investigate a host of financial transactions carried out by the Confederation of African Football (Caf) following an audit into the continent’s ruling body.

The 2017 deal with Tactical Steel was notable as Caf cancelled an order worth just under $250,000 with sportswear company Puma to take up an alternative order costing four times as much with Tactical Steel, a company with links to a close associate of Caf President Ahmad.

Samoura was appointed to the role last August in a bid to help improve the governance of African football.

When her role ended, the joint task force delivered a series of findings, recommendations and proposals to Caf’s top executives at a meeting in Morocco on 2 February.

While some of these findings focussed on improving infrastructure, refereeing and competitions on the continent, there was also a ‘100-point action plan’ drawn up with regard to good governance.

Among these recommendations were a desire for the following:

The audit of Caf was undertaken by PricewaterhouseCoopers and has yet to be made public, but the clamour for this is likely to grow in the coming days.

Other reforms being pushed by the Task Force include fundamental changes to the way in which Caf is structured, the imposition of term limits for both the Caf President and Executive committee members and the introduction of an independent investigatory unit.

Among a long list of ideas are a desire to install ‘robust compliance procedures’, ‘internal auditing’ and the implementation of a whistle-blowing hotline and policy against retaliation of whistle-blowers.

The deal involving French company Tactical Steel – which has prompted an investigation by anti-corruption authorities, who questioned Ahmad last June, in France – is also on the list, with a recommendation to check ‘value of equipment purchased, check quantities and quality of balls delivered to Member Association, due diligence of bank account holders’.

When the BBC asked Caf why it chose to use the little-known French company, the African body said it turned to them after the desired equipment – football and kits – from Puma could not apparently be obtained in time from a local manufacturer.

Tactical Steel’s website highlights its role in both making and supplying gym equipment but shortly after Ahmad became Caf President in 2017, the company became a key supplier for Fifa’s second-largest confederation.

Ahmad’s then attaché Loic Gerand is an old friend of Romuald Seiller, the Frenchman who owns Tactical Steel.

Despite Gerand’s and Seillier’s long-standing relationship, Ahmad was unequivocal when telling the BBC last year that there was “quite clearly no conflict of interest” for his organisation.

Ahmad has previously denied any wrongdoing in regard to the awarding of the contract. There is no suggestion that Ahmad has personally profited from the arrangement, nor Tactical Steel owner Seillier nor Ahmad attaché Gerand.