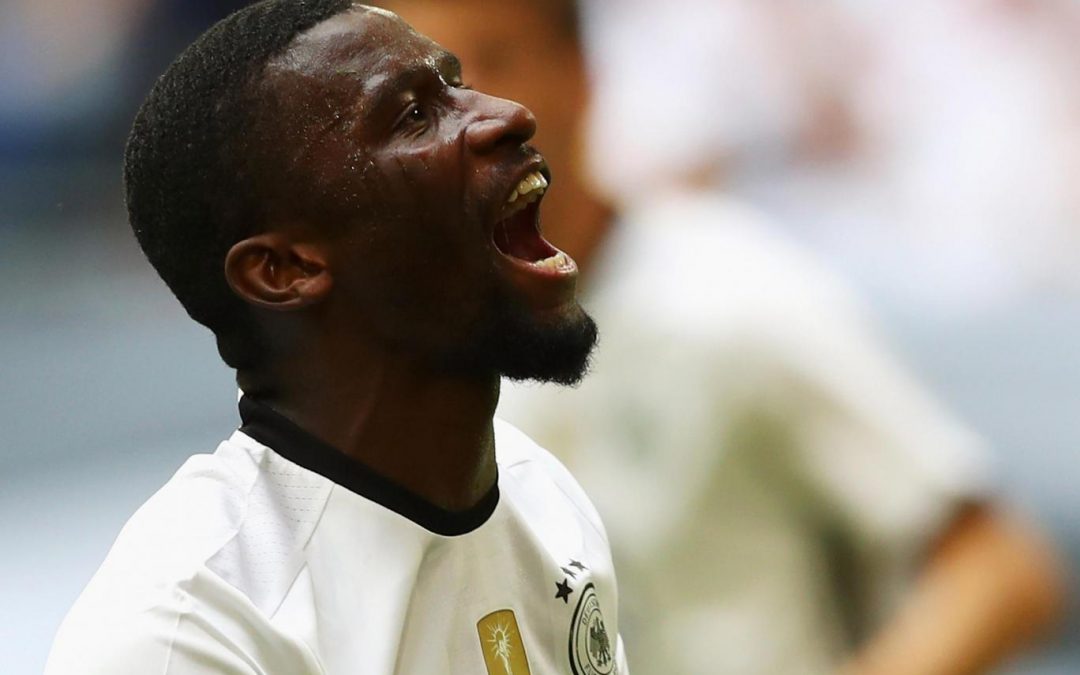 Conte is desperate to bring in central defensive reinforcements

Chelsea are looking to beat Manchester United to the signing ofRoma’s Antonio Rudiger by launching a huge £35m bid for the defender.

Antonio Conte knows Rudiger well from his time in Italy and is a big admirer of the 23-year-old Germany international.

Rudiger was ruled out of Euro 2016 after tearing his anterior cruciate ligament in his right knee meaning he would have failed any medical should the Blues have made an approach for him in the summer.

However, the defender is fit again after recovering from the injury far quicker than initially expected after he made a goalscoring comeback in Roma’s reserve team win over Novara on Saturday.

Conte is keen to explore a move for Rudiger having missed out on key targets Leonardo Bonucci and Kalidou Koulibaly in the summer, with the German available at just over half the mooted £60m for Bonucci.

He will have to contend with interest from the side Chelsea hammered 4-0 at Stamford Bridge on Saturday, with United keen to add to their central defensive options.

English duo Michael Keane and Ben Gibson are also on Chelsea’s radar, with Conte making a central defender his prime objective when the transfer window reopens in January.

Conte has concerns over Gary Cahill’s long-term future at the club while captain John Terry turns 36 in December.

Antonio Rüdiger  is a German footballer who plays as a centre back for AS Roma in Serie A. Rüdiger was also a member of the several German national youth football teams. He made his debut for the German national senior team on 13 May 2014 in a 0-0 draw against Poland.

When Rüdiger made his competitive debut for Germany on 11 October 2014 in the UEFA Euro 2016 qualifying Group D against Poland, his eligibility to play for Sierra Leone expired, under FIFA regulations. Rüdiger’s father, Matthias Rüdiger, is an ethnic German, while his mother Lily is originally from Sierra Leone.

Rudiger’s brother is Sahr Senessie who also acts as his agent.