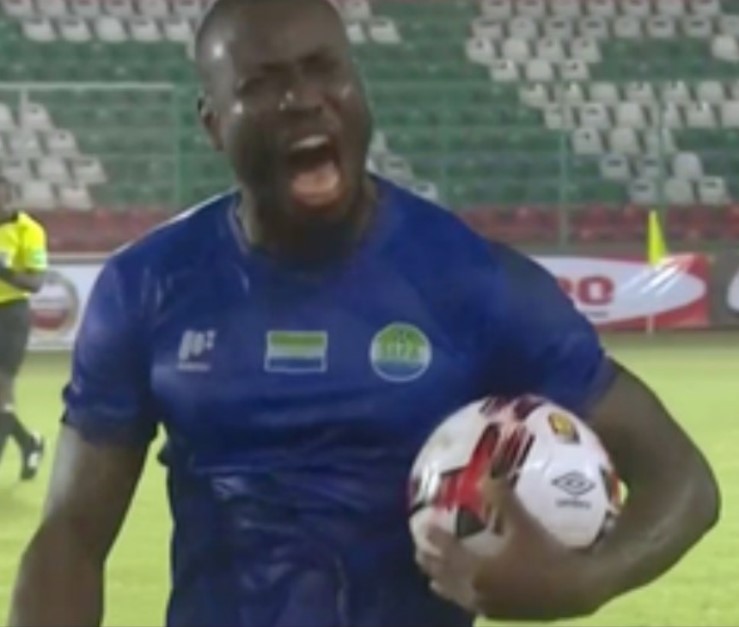 Striker Alhaji Kamara known as Andriano says he’s fit and ready to play against Ivory Coast in the Africa Cup of Nations on Sunday.

The Denmark based player was doubtful for the group E encounter at the Japoma stadium in Douala because of an injury he sustained during their opener with Algeria.

He only managed to train with his teammates on Saturday for the first time since he got the injury.

He added:” We’ll do our best to make sure that we get good result.”

But Sierra Leone Football.com understands that the Leone Stars medical and technical team are assessing Kamara and a decision on whether or not he will play will be taken before the match.