Injured Barlay: I’m out of action for the next five months 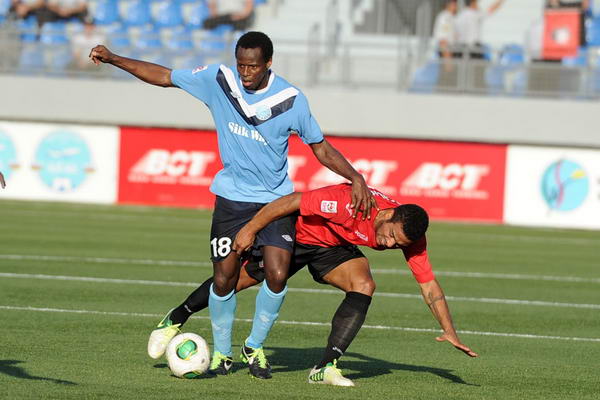 Defensive midfielder Samuel Barlay says he would be out action at least for next five months after he successfully underwent a knee surgery last month.

The 29-year old who is without a club after he parted company with Azerbaijan top tier league club FK Rəvan  is currently based in Sweden nursing the injury.

“I underwent surgery on my right knee mid last month because it was seriously hurting me and I would be out of action for at least the next five months,” Barlay who was born and raised in Freetown told Sierra Leone Football.com.

He added: “I hope to secure a new club and return to the pitch immediately after my injury healed.”

“I’m presently in Sweden nursing my injury at the same time coaching as I’m part of the coaching staff of my former club in Sweden Syrianska.”

“I’ll like to be a coach after I finish my football career and I plan to do coaching courses to achieve this.”

The former East End Lions midfielder last played competitive match over five months ago when he featured for FK Ravan against AZAL in the Azerbaijan Premier Liqa.

Barlay alongside three other players are suspended from international duty by the Sierra Leone Football Association (SLFA) for allegedly attempting to fix Leone Stars’ 2010 World cup qualifier Against South Africa in Pretoria in 2008 which ended in a goalless draw.

The other three players are goalkeeper Christian Caulker, Ibrahim ‘Marcel’ Koroma and Ibrahim ‘obrey’ Kargbo who have retired from playing for Leone Stars.

Barlay who had played many times for Leone Stars had played club football in Sweden, Finland and Azerbaijan.

He skippered the Sierra Leone U-17 team Sierra Stars at the 2003 CAF U-17 championship in Swaziland where they finished as runner-up, and the FIFA version in Finland the same year.