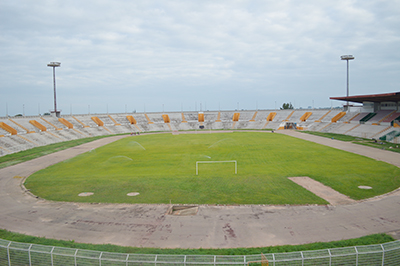 African champions Les Elephants of Ivory Coast are to host Leone Stars in the Ivorian City of Bouake instead of Abidjan in the last round of the qualifiers of the 2017 Africa Cup of Nations (AFCON) finals.

“We have just received directives from CAF that our match against Ivory Coast will take place at the Peace stadium in Bouake on September 3, and it’ll be played simultaneously with the other match in group I.”

The other game in group I is between Gabon and Sudan.

Les Elephants on the other hand are better placed to qualify as a draw is enough to see them through.

It’ll be the first time Leone Stars ‘A’ team will be playing in Bouake. The recently previous two meetings between Les Elephants and Leone Stars took place in Abidjan.

Leone Stars home-based team had once played in the Bouake stadium and that was in September 2002 in a West Africa Football Union (WAFU) tournament. The tournament ended abruptly as war broke out in the country after the first day of action