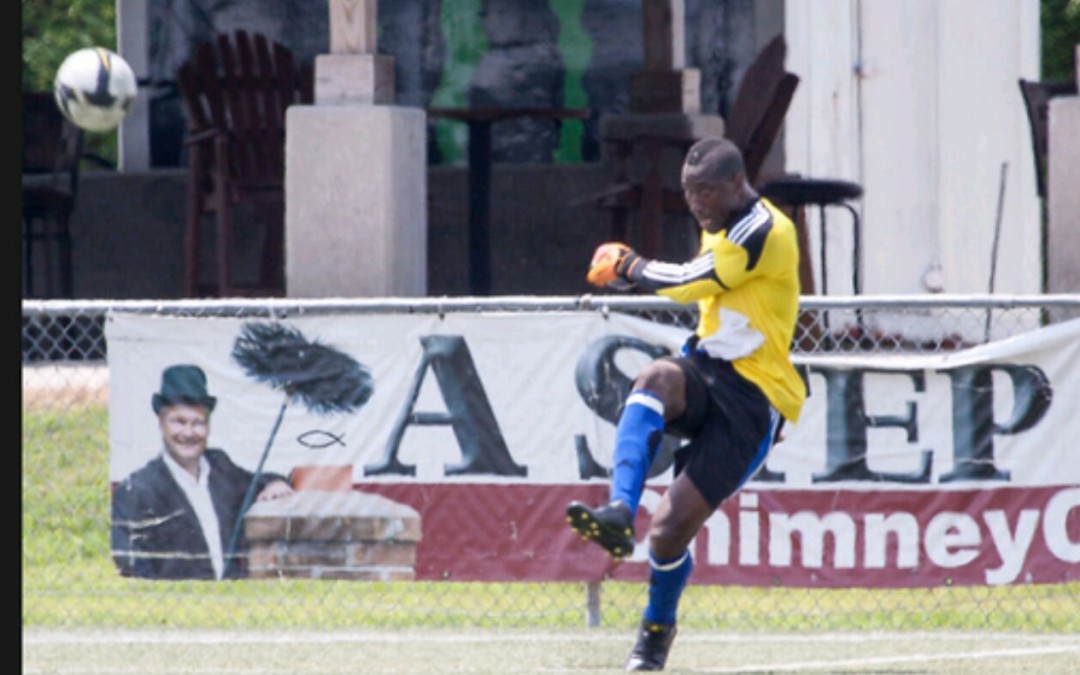 The manager of ASA Charm Pat Crawford has praised Sierra Leone goalkeeper John Trye after he helped his side to reach the quarter-final stage of the Maryland Cup on Sunday.

The Maryland Cup serves as qualifiers for the US open cup which is equivalent to the FA Cup in England and elsewhere.

Goalkeeper Trye saved the last penalty spot kick during a penalty shoot-out to give ASA Charm a 5-4 victory over Aegean Hawks FC after 2-2 on both regular and extra time.

The 31-year old Sierra Leonean international and six other players were taken from a fourth tier league side ASA Charge to play in the Cup game as ASA Charm are affiliated to their team.

Trye and team-mate are currently on off-season and the cup game was part of their pre-season schedules for their league which will commence in May.

“I’m pleased with John’s performance and he’s a good goalkeeper,” Crawford who is also the manager of ASA Charge told Sierra Leone Football.com.

He added: “John is an important player in our team ASA Charge as he plays regularly and also gives out his best. I ilke him a lot.’

He has made two appearances for the Sierra Leone A national team Leone Stars against Nigeria in a friendly game in Lagos and Democratic Republic of Congo in a 2015 Africa Cup of Nations qualifier in Kinshasa respectively.

Trye has served as reserve goal keeper in other Leone Stars’ previous matches.