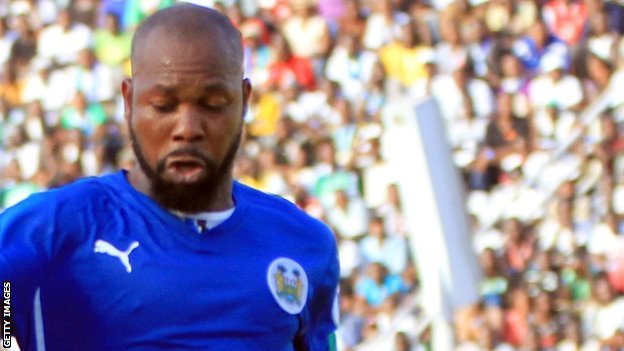 This comes just a day after the 33-year old defensive midfielder signed for the National League outfit.

Kargbo played full time in their 1-0 home deafeat to Aldershot Town and he says he was happy with his performance.

“I played very well despite we lost and I’m happy with my performance,” Kargbo told Sierra Leone Football.com.

“My team were impressed with my performance and people couldn’t believe that I would do so well at my age.”

The former Feyenoord and Willem II player believes he can still deliver.

“I’m not retiring now because I still believe I can do it.”

“I love football and I’m doing what I like best.”

Kargbo had played in Sweden,  Netherlands, Turkey Belgium, Azerbaijan and Portugal before he moved to England.

He recently played for Thamesmead Town in England.

Few weeks ago the Dutch FA (KVNB) alleged that Kargbo tried to fix matches involving his former club Williem II and his national team Leone Stars in 2009. But he has denied the allegations.