Kei Kamara misses out on MLS squad to face Arsenal 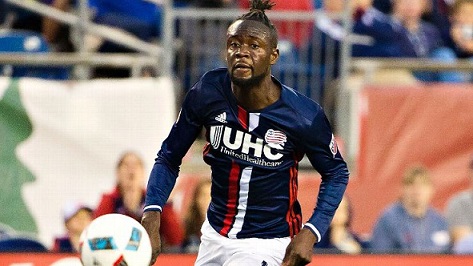 Sierra Leonean striker Kei Ansu Kamara has missed out of the list of players picked to make up a MLS All-Star team that will play against Premier League side Arsenal despite he remains a top goal scorer.

The friendly encounter will take place in San Jose, California on July 26.

The match is part of Arsenal pre-season schedules ahead of the 2016/2017 English Premier League season which will commence in August.

Kamara who had played in the Premier League for Norwich City joined New England Revolution three months ago from Colombus Crew where he excelled last year scoring 26 goals in both MLS regular season and play-offs.

He has so far accounted for 8 goals this season scoring five for Crew and three for New England Revolution.