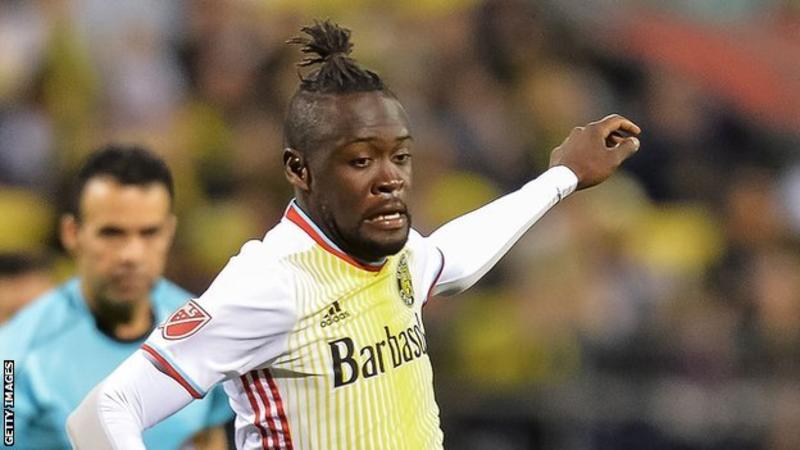 Kei Kamara has been handed a late-call up to the Sierra Leone squad to face Ivory Coast in their Africa Cup of Nations qualifier on Saturday.

The New England Revolution striker, who is 32 on Thursday, returns from a self-imposed 10-month international absence.

Sierra Leone need to secure a victory to qualify for the Nations Cup finals for the first time in 20 years.

That would put them through as Group I winners, leapfrogging their Ivorian opponents, who currently lead them at the top of table by one point.

But a point for Ivory Coast would book their passage to next year’s tournament in Gabon.

Kamara’s return is a boost for Sierra Leone given his form in MLS.

He has scored nine goals so far this season for New England and his previous club Columbus Crew, where he had an outstanding campaign last year when he was the league’s top goalscorer with 22 goals in the regular season and four in the play-offs.

SLFA public relations officer Abu Bakarr Kamara told BBC Sport: “Coach Sellas Tetteh said he has nothing against Kamara and he’s welcomed back to the team.

“Kamara is now part of coach Tetteh’s plan for the game and he’s looking forward to him to giving his best against Ivory Coast.”

Meanwhile, Leone Stars will have to play without China-based defender Gibril Sankoh, who has failed to honour Tetteh’s invitation.

Ivory Coast will be without Hertha Berlin’s Solomon Kalou, who has flown home after suffering two family bereavements.