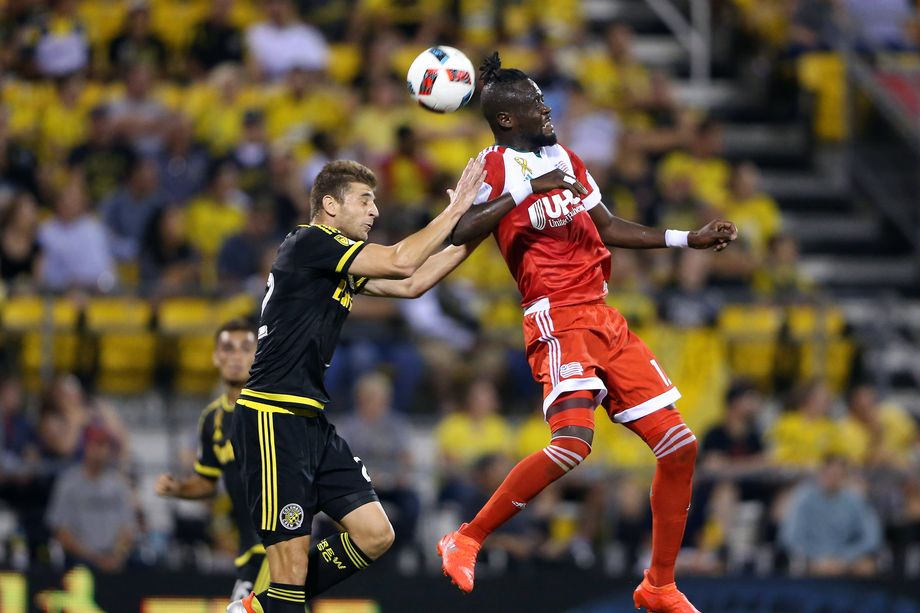 The former Crew SC forward did not get the red-carpet treatment.Photo credit: Joe Maiorana-USA TODAY Sports

In case you missed it, Kei Kamara made his return to MAPFRE Stadium on Sunday night after a very public breakup with Columbus Crew SC earlier this season.

Quick recap (and a longer one if you want it): Kei’s 22 goals a season ago helped lead the Black & Gold to a second place finish in the Eastern Conference and a trip to the MLS Cup Final — which the club hosted. After a slow start to this year, Kamara and creative midfielder Federico Higuain had a disagreement over who would take a penalty kick on May 7 during a game with the Montreal Impact. By the next match, Kei had been traded to the New England Revolution.

Although Crew SC faced Kamara twice this season in New England, this was Kei’s first trip to the stadium he has called home twice in his career.

Kamara arrived to Columbus in a good mood…but was not so happy when he left. A 2-0 defeat to his former club — thanks to two goals from old teammate Ola Kamara — and booing from Columbus’ most passionate fans whenever he touched the ball did not please him.

In an interview with the national broadcast before the match, Kamara said he hoped the local fans knew how much he gave to the club in helping reach the Final and complete the rebrand.

It was not just Kei who was displeased either. His wife took to Twitter to voice her disappointment.

In a season that has gone so poorly for Black & Gold fans, it’s hard to imagine anyone who got out of town before the mess not getting booed at MAPFRE. Maybe don’t take it so personal Kamara family.