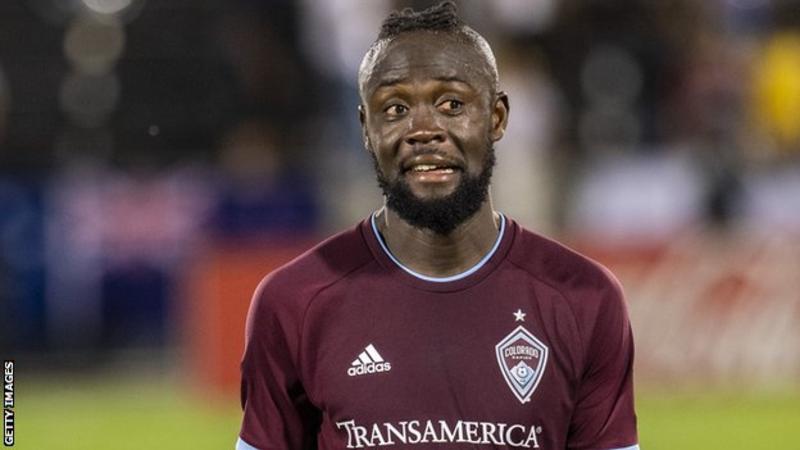 Kei Kamara says he is yet to be officially informed of his axing from the Sierra Leone squad for disciplinary reasons.

The Colorado Rapids striker added he will not react until he has heard from the Sierra Leone Football Association (SLFA).

The SLFA released a statement on Wednesday to announce Kamara would not be included in the squad to face Liberia in a 2022 World Cup qualifiers.

“Kamara’s invitation to join the Liberia-Sierra Leone world cup qualifier has been revoked with immediate effect,” it said.

“A further disciplinary hearing on the consistent breach of professional conduct by Kei Kamara will be conducted by the SLFA.”

The SLFA did not elaborate on why the 34-year-old former Norwich City and Middlesbrough forward has been punished.

Kamara, who turns 35 on 1 September, is currently the leading scorer for his Colorado Rapids side this season with 11 goals.

He has received support from former Patrick Thistle defender Mustapha Dumbuya, who is among 17 foreign-based players invited for the matches with Liberia.

“Standing with you all the way big brother,” Dumbuya wrote on social media.

“An individual that only wants the best for our country. Continuously gets mistreated Kei Kamara.

“It’s time as a country to support each other and focus on what’s more important, not the nonsense that’s going on.”

Dumbuya, who now plays in the USA for Pheonix Rising, returns to squad for an official match after four years absence.

This is not the first time Kamara has been axed from Sierra Leone squad as he has been twice suspended by previous SLFA administration.

Among those hoping for a debut are Bristol City goalkeeper Alie Sesay, Sweden-based duo of Simeon Kaku and Kelvin Andrian Wright as well as Lebanon-based Walid Sour.