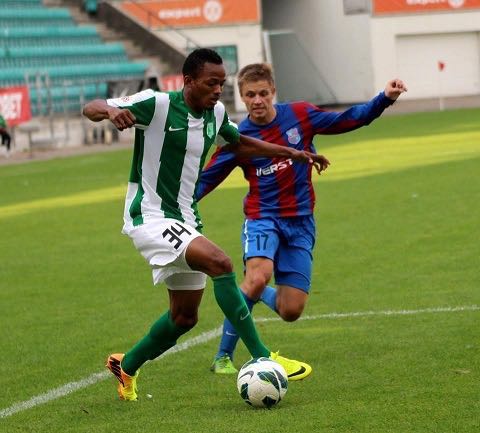 The 24-year old Sierra Leonean attacking midfielder Lamin Suma has joined American Soccer League (ASL) side Philadelphia Fury on a short term deal till the summer with an option to extend it.

The former Kallon FC and Mighty Blackpool player signed the contract in Baltimore, Maryland on Friday ending his two years wait to get a club.

“I’m happy to join Philadelphia Fury as i see it as an opportunity to resurrect my career after two years without a club,” Suma who is the younger brother Sheriff Suma told Sierra Leone Football.com.

“The ASL is competitive and i see it as a competition for players to showcase their talents for bigger clubs to scout.”

“I’ll do my best for my new club and i hope to excel. My aim is to play the US MLS or bigger leagues in Europe.”

Philadelphia Fury’s opening fixture in the ASL is against IFK Maryland away on April 9 which will see Suma playing against fellow country men Alusine Bangura and goalkeeper Christian Caulker.

Suma started his career with local clubs Kallon FC and Mighty Blackpool before moving to Turkey to join Eskisehirspor in 2012.

The following year he travelled to Serbia to join Jagodina who loaned him to Jedinstvo B. Polje of Montenegro. He left Jagodina in 2014 to join Estonian club FC Flora Tallinn.

Suma has been staying in Maryland since leaving Estonia in 2014.

He played for all the categories of the Sierra Leonean youth national teams.