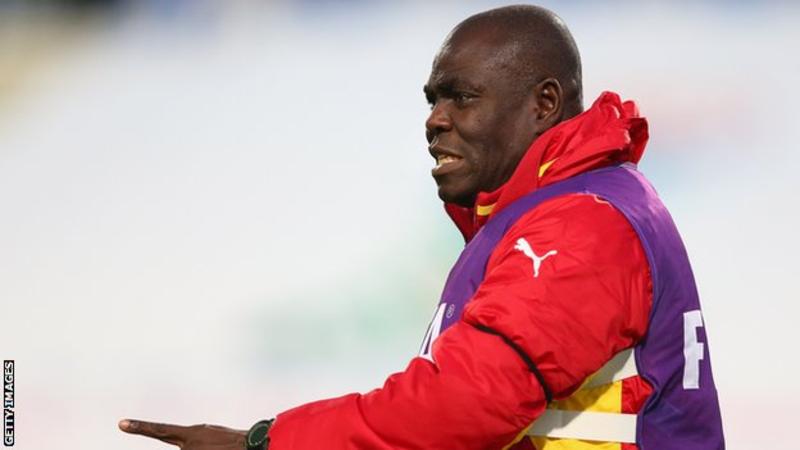 Sierra Leone coach Sellas Tetteh has responded to Kei Kamara’s comments that partly blamed the Ghanaian tactician for his retirement from international football.

Colorado Rapids striker, Kamara, quit international football two days ago and he cited Tetteh as one of the reasons for his decision.

The 35-year-old player said among other things that Tetteh was not able to move Sierra Leone forward and that he was learning nothing new from him.

Tetteh, in his second spell as Sierra Leone coach, was somewhat philosophical about Kamara’s explanation.

“If you love Sierra Leone, and the progression and development of Sierra Leone football and you feel that because of the coach you’re pulling out, then where is your patriotism?

“I’m doing my best, he’s saying things against me but other people are not saying such things.”

Tetteh insisted that he is only thinking about the progression of Sierra Leone football and does not want to get draw into a a war of words with a player.

“I won’t be in the situation of arguing with on him in the media, radio and all those things,” Tetteh insisted.

“I’m thinking of the progression of football in Sierra Leone so I’ll not waste time arguing with a player that isn’t happy with situation. The national team and the nation are much bigger.

The former Norwich and Middlesbrough forward Kei Kamara retired on the eve of Sierra Leone’s opening 2021 Africa Cup of Nations qualifier against Lesotho which ended 1-1 in an empty stadium in Freetown.

“His absence didn’t affect the team, his replacement did very well despite we didn’t win, football is not built around one person, If Kei was on the pitch it was ok but he was not, it was opportunity for other person to play.” he said.

Tetteh’s next match will be Sierra Leone’s 2021 Africa Cup of Nations Group L qualifier away to Benin on Saturday.