Leone Stars concerned for the future 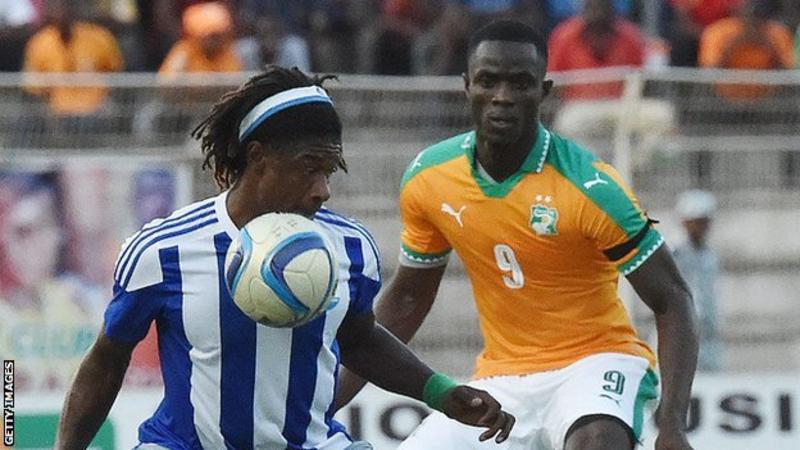 Sierra Leone’s narrow failure to qualify for the 2017 Africa Cup of Nations means their wait to play at the finals again will extend to at least 23 years.

The Leone Stars, who last qualified in 1996, needed an away win against Ivory Coast in their last match of the qualifiers in September but could manage only a 1-1 draw.

And with the Sierra Leone Football Association in crisis, elimination from 2018 World Cup qualifying and a long wait until their next competitive fixture, the team faces a difficult future.

Striker Kei Kamara, who scored against Ivory Coast, is concerned that the team is not receiving all the support it needs to be successful.

“To really be at your best you got to prepare well,” Kamara told BBC Sport. “We have got to train more and play friendly matches on Fifa dates to really get the team in a very good shape going forward.

“Those are the things that are going to help to prepare the team well. But we are not a nation that plays a lot of friendly matches.

“We played Ivory Coast several times, their players including Yaya Toure always come to us and say to us you guys have a good team.

“What they don’t know is that we usually come together just a couple of days before a game – but we put up a good performance like that.”

Kamara plays for MLS side New England Revolution and has scored 11 goals already this season but he believes it can be difficult to transfer that form onto the international stage when his compatriots are so unfamiliar.

“If we play some friendly matches before the next qualification the players will get used to each other lot more on the pitch and maybe it’ll be easier for us to qualify the next time,” he said.

“If we qualify for the Nations Cup or World Cup then everything will change for football in Sierra Leone. I believe we have one of the best teams in Africa if prepare well for every game.”

However, the Sierra Leonean team is funded by the government through the ministry of Sports which does not consider friendly matches part of its financial responsibilities.

As a result Sierra Leone have played only three friendlies – against Nigeria, Angola, and Malawi – since February 2011 and largely not at their own expense.

He feels the problems will continue as long as there is internal wrangling within the SLFA.

Bangura told BBC Sport: “We the players know that we have the qualities to compete and we want to make history by qualifying for a big tournament.

“We lost points we were not supposed to lose during the 2017 Afcon qualifiers because there was no peace, which led to our bad preparation.”