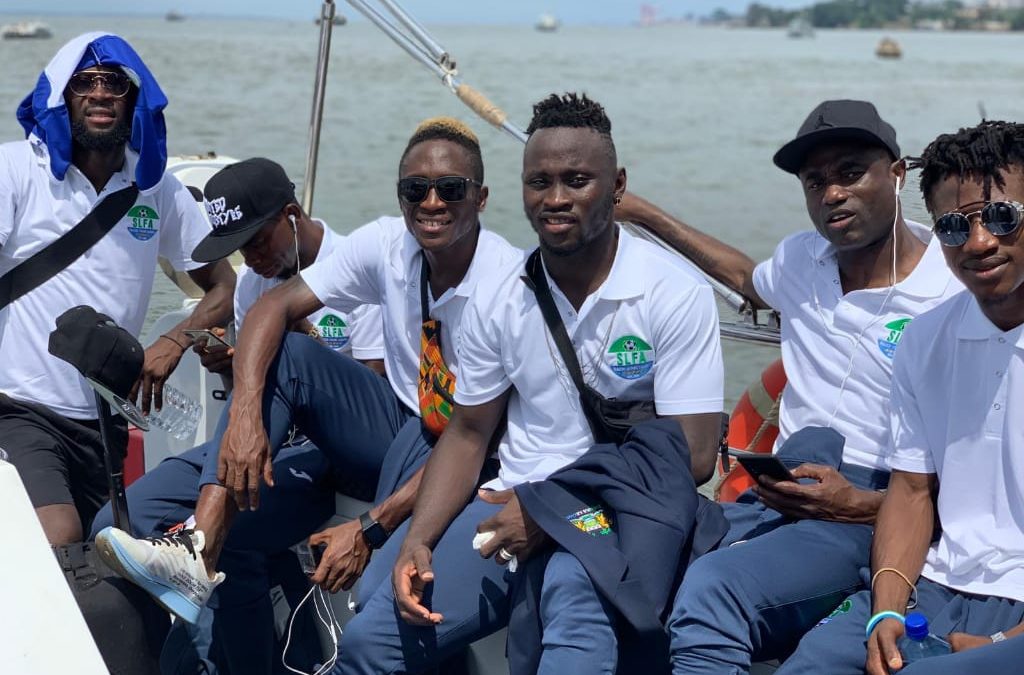 A delegation of home based, foreign based and the entire technical team of Sierra Leone’s national male football team, have left the shores of Sierra Leone via the Lungi International airport for Liberia ahead of the 2022 Qatar FIFA World cup preliminary qualifier first leg to be played on Wednesday, 4th September, 2019.

Nine (9) home based and fourteen (14) foreign players make up the total twenty three (23) to face Lone Stars at the Samuel K. Doe Stadium in Liberia on Wednesday evening. Six foreign-based players had earlier on arrived for training with the rest of the home-based players, while others who had club duties till now join up with the team in Monrovia.

Wednesday’s meeting will be the seventeenth (17) between the two with the Lone Stars having a lion share of eight wins, five draws and losing three in the previous sixteen meetings.

Earlier on Monday, Sierra Leone’s Minister Of Sports, Ibrahim Nyelenkeh, had assured the country’s football association on his government support to the team. He assured the boys for full logistics due to the course of the two legs, and admonished the boys to put up a very good performance that will enable qualification for the team to the group stage of qualifiers.

Leone Stars who failed to make the group stage of qualifiers for the 2018 FIFA World in Russia exiting on away goals against Chad in October 2015, will hope this time to go a step further.

Sierra Leone will host Liberia in the return leg on Sunday, 8th September at the Siaka Stevens Stadium in Freetown.