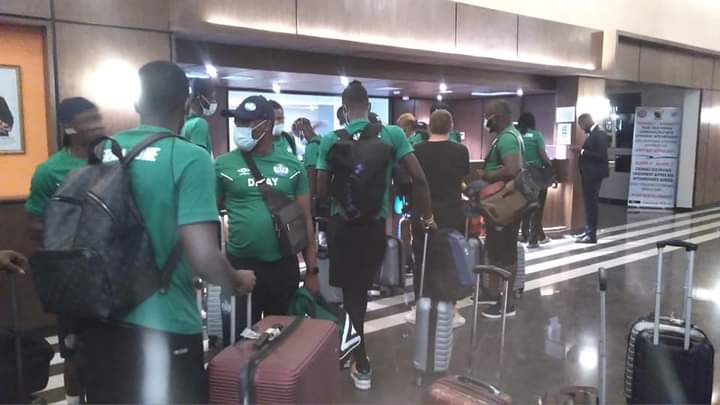 Leone Stars players and officials were welcomed in their hotel in Douala by a group of Sierra Leoaneans living in the city after they safely arrived at the Douala airport on Thursday night for their third Africa Cup of Nations finals appearance.

The Sierra Leoneans, some wearing the Leone Stars supporter’s jersey greeted the team with loud shouts as the bus carrying the players entered into the hotel.

They shouted louder and applauded when players were getting off the bus, and even shouted louder when they saw their favourite player Musa Noah ‘Tombo’ Kamara.

The Team Manager of Leone Stars Babadi Kamara told Sierra Leone Football.com that they had a smooth flight and that the players will have their first training session on Friday.