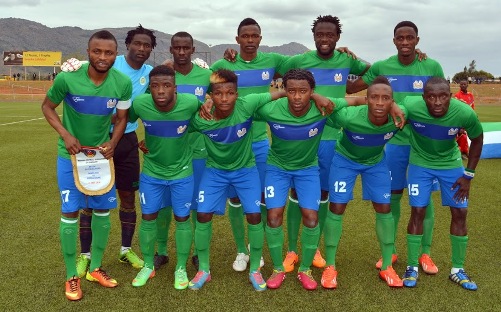 Leone Stars coach Sellas Tetteh says he has prepared his boys well to face the Flames of Malawi in a friendly international match in Freetown on Tuesday.

The match will mark Sierra Leone’s first on home soil since they hosted Seychelles in Freetown in a 2015 Nations Cup qualifier in July 2014.

Leone Stars will lock horns with Gabon in Franceville three days after the friendly encounter with Malawi and will host the return leg in Freetown on March 28.

The games with Gabon are on the 2017 Africa Cup of Nations qualifying schedule but no points are on offer as the Central African country is hosting January’s finals.
Coach Tetteh  said: “We have prepared well for these matches despite several hiccups and I’m sure the fans will be there in their numbers to give us the support to do well for the nation.”

“The boys are in high spirits and are highly motivated and I’m sure they will come out of these matches with their heads raised up,” coach Tetteh assured.

Twenty one man squad comprises of 12 foreign based and nine home based players moved to camp on Sunday while the Malawians flew into Sierra Leone on the same day.

Among the invited foreign based player is former Chelsea youth player Aziz Deen-Conteh.

The 23-year old left back, who now plays in Moldova for Zaria Bălți was born in Sierra Leone but raised up in London and  has represented England at youth level, appearing for the English team at both under 16 and 19 levels.

He was first called up by Sierra Leone in 2013 for Leone Stars’ 2014 World cup qualifier against Tunisia in Tunis which the former lost 2-1.

He flew to Tunis, trained with the team but didn’t feature in the match after it was discovered that his Sierra Leonean passport had expired, coupled with the fact that the past Sierra Leone FA administration had not sought clearance from Fifa.

He was never again invited until now for criticising the Sierra Leone Football Association (SLFA) for their organisational skills.

Deen Conteh was a member of the Chelsea 2012-2013 Uefa Champions League squad but didn’t make any appearance for the senior team at any competition.

Sweden based Alhassan Kamara who spent the whole of the 2015 Swedish season without kicking a ball due to injury is also among the invited foreign based players after he’s considered to be fit again.