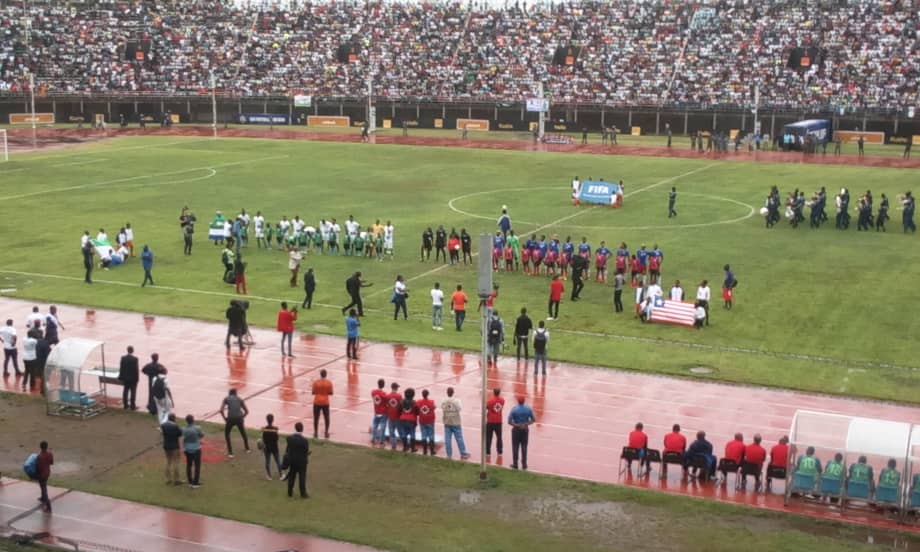 Sierra Leoneans were left muted amid anticipation for qualification after the Burkina Faso referee pointed for a penalty for Leone Stars in the 93rd minute after Mohamed Buya Turay was felled by two Liberian defenders in the penalty area.

Umaru Bangura who doubles as the team captain subsequently missed the penalty which could have taken the Leone Stars to the group stage of qualifiers for the 2022 FIFA World Cup in Qatar.

The Liberians during the middle of thesecond half created moments of panic for Sierra Leone with couple of half chances caused by defensive blunders. The inclusion of Mohamed Buya Turay and Simeon Kaku changed little despite the former getting the opportunity which almost took Sierra Leone to the qualifiers.

Sierra Leone was looking to overturn a two-goal deficit after Wednesday’s 3-1 loss in the first leg at the Samuel Kanyon Doe Stadium in Monrovia. Terrence Tisdell and Mohammed Sangare slotted home Liberia’s penalties on each half, with captain Sam Johnson capitalising on a defensive blunder to give Liberia a two-goal lead ahead of today’s meeting.

Sierra Leone’s Ghanian trainer, Sellas Tetteh Teive, said, the team was much better this time than in the first leg and had great purpose and determination.

“The team overall played quite well but just failed in the last kick”.

“Liberia were a very good opponent, they made it very hard for us especially when they conceded the goal”.

Liberia qualify for the group stages of the African qualifiers for the Fifa 2022 Qatar World Cup with a 3-2 aggregate victory over Sierra Leone.