Liberia goalkeeper rewarded for his heroics against Sierra Leone 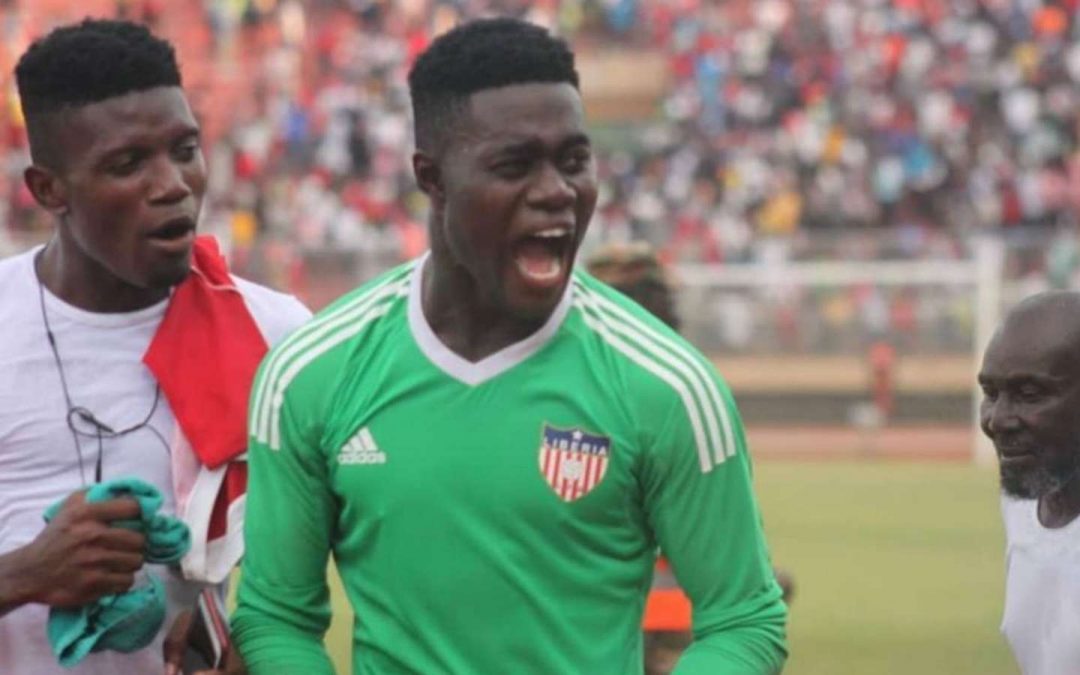 Liberia goalkeeper Ashley Williams has been rewarded $5000 by Jos Travel Agency for his penalty save in the 94th minute of their World Cup qualifier against Sierra Leone on Tuesday.

Having defeated the Leone Stars 3-1 in the first-leg at home on September 4, the Lone Stars trailed 1-0 in the reverse fixture in Freetown and risked elimination if their hosts won 2-0.

Facing a penalty in second-half stoppage time, the visitors were on the brink of being knocked out.

However, the 18-year-old shot-stopper faced Umaru Bangura from 12 yards late on and came out on top to help his country progress at Sierra Leone’s expense.

As a result of his epic save, the nation’s leading travel agency compensated the teenager for thwarting their opponents.

On the other hand, Bangura had his home damaged following his failure to tuck away the spot-kick at the National Stadium.

Williams’ heroics helped Peter Butler’s Liberia side to a 3-2 aggregate win, which means they’ll compete in the group stage of the qualifiers.

The next stage involves 40 nations split into 10 groups containing four teams each.

The winner of each group will then face-off in home-and-away ties for a place at the global showpiece in Qatar 2022.