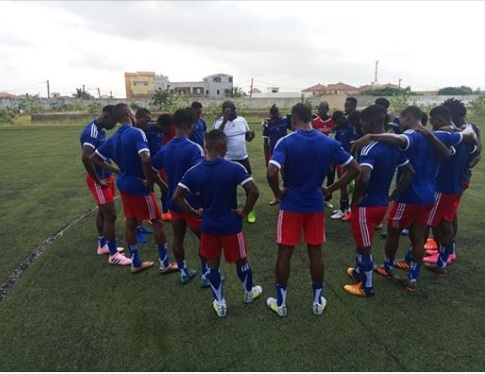 Sierra Leone were given a three-day notice to replace initial opponents and guests Morocco, who withdrew on Tuesday following a disagreement between leading clubs and the football federation over the release of players for an under-23 squad.

Morocco were invited as a non-member of the 16-team tournament for the first time following Sierra Leone’s global ban by Fifa in May, which was subsequently lifted in June.

Revenge will be on the minds of Sierra Leone, who were eliminated by Liberia 3-2 on aggregate in the first round of the 2022 World Cup qualifiers early this month.

But Liberia hold the advantage in the head-to-head meetings, having won nine, drawn five and lost four matches across all competitions.

The winner will advance to the Cup version to take on the winner from the Mali versus Niger tie on Monday. Whoever loses will also meet the loser in the Plate version.

On Monday, it will be Mali versus Niger and Ivory Coast will meet Cape Verde.

Defending champions Ghana will meet The Gambia while Guinea take on Benin on Tuesday.

Phase one will see the winners advance to a Cup competition while the losers will contest a Plate edition.

This year’s tournament, unlike past editions, is opened to foreign-based players but most countries will be keen on using local-based players, who have used it as a flight to greener pastures.

It got underway on Saturday with host Senegal defeating Guinea Bissau 3-1 while Burkina Faso whipped Mauritania 4-3 on penalties following a 1-1 draw.

Senegal will meet the winner from the Guinea versus Benin tie on Tuesday in the Cup competition while Guinea-Bissau will take on the loser in the Plate quarter-finals.