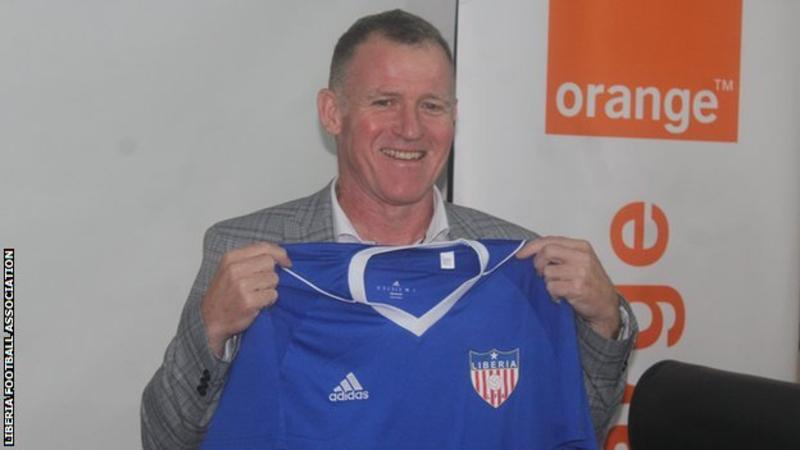 Liberia’s newly appointed coach Peter Butler has insisted that he has not taken the role for ‘financial gain’.

The Englishman was talking after his meetings with the Liberia Football Association (LFA) on Thursday.

He has signed a one-year deal with a mandate to qualify for the 2021 Africa Cup of Nations and 2022 World Cup.

“It was an opportunity, which really I didn’t want to turn down. So it is not a money move. I can assure you,” Butler told BBC Sport.

“So it is not about financial gain. It is about great challenge of contributing to the rise of Liberian football.

“Not just the senior national team but also the respective development levels like under-20 and under-17, where needed, I am quite happy to multitask.

“It is very very important to work with Liberian coaches. So I am not thinking about bringing coaches [backroom staff] from outside. There is a huge amount of talent here.

“From my experiences of working in English, Asian and African football and trying to enhance the level of the league here and from a development perspective, the ultimate goal is to improve [Liberia’s] Fifa ranking and qualify for Afcon.”

The 52-year-old’s first game in charge is a 2022 World Cup qualifier against neighbours Sierra Leone on 4 September in Monrovia with the return leg in Freetown on 4 days later.

Butler, who will reside in Monrovia, will work with LFA technical director Henry Browne and youth coaches while scouting talent from the local national leagues.

LFA President Mustapha Raji is understandably delighted with his selection.

“Mr. Butler comes to Liberia with a wealth of experience, having coached extensively in Asia and Africa,” Raji told BBC Sport.

“So we believe and trust that Mr. Butler will bring a new change in Liberian football, contribute towards the development of our game and help local coaches in sharing his experiences and build the capacity of local players.

“He holds a Uefa Pro License and has been involved in coaching at the developmental level. His work in Botswana speaks volumes.

“He is as hungry for success as we are. Mr. Butler wants a challenge and requested for an immediate unveiling ceremony, which has shown that he has a fire burning in him and wants to deliver.”

The former West Ham and West Bromwich Albion midfielder has replaced Thomas Kojo, who was dismissed following Liberia’s failure to reach the finals of the 2020 African Nations Championship (CHAN) finals in Cameroon.

In an 18-year career as a player, Butler had spells at 10 clubs before going on to hold coaching positions in England, Australia, Malaysia, Singapore, Indonesia, Myanmar, Thailand and South Africa.

Butler’s contract was not renewed as Botswana coach in June 2017, having replaced Stanley Tshosane in February 2014 and was appointed as head coach of Platinum Stars in South Africa’s Premier League but left in September 2017.

Liberia’s last foreign coach was Italian Roberto Landi, who was sacked in February 2012 after being in charge for less than a year during which time he won only twice in eight matches.