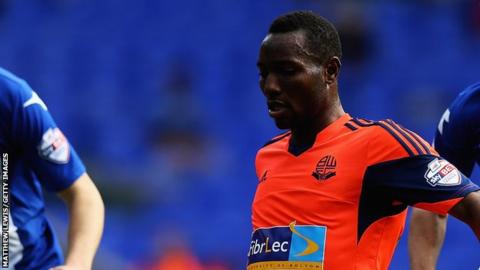 Sierra Leonean international Mohamed ‘Medo’ Kamara has registered his first goal of the season as he was on target for HJK in their 3-1 home win against VPS in the Finnish top flight league on Friday.

The 28-year old defensive midfilder netted HJK’s second goal four minutes after the interval to double their lead before they increased it to 3-0 and VPS pulled one back.

The victory ensures that HJK go top of Veikkausliiga table with maxium points from two games.

Kamara returned to HJK last month to revitalise his career after he left English club Bolton Wanderers on mitual consent in January.

The 23-year old defender, who had played before for English club Dulwich Halmet FC made his international debut against Malawi in a friendly international match last month.