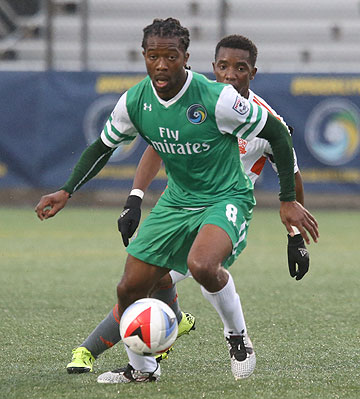 The 29-year old midfielder joined Miami FC who are playing in the Northern American Soccer League (NASL), a second tier league for an undisclosed deal four days ago.

“We are happy to have Michael here in Miami,” said coach Alessandro Nesta.

“The club is looking to finish the season strong and I think Michael will help us do just that.”

Lahoud was sent on loan to NASL club New York Cosmos in January and played each and every minute of the club’s first seven league games before he was recalled by Philadelphia Union.

The former Chivas USA midfielder, who was born in Freetown also played for Carolina Dynamo.