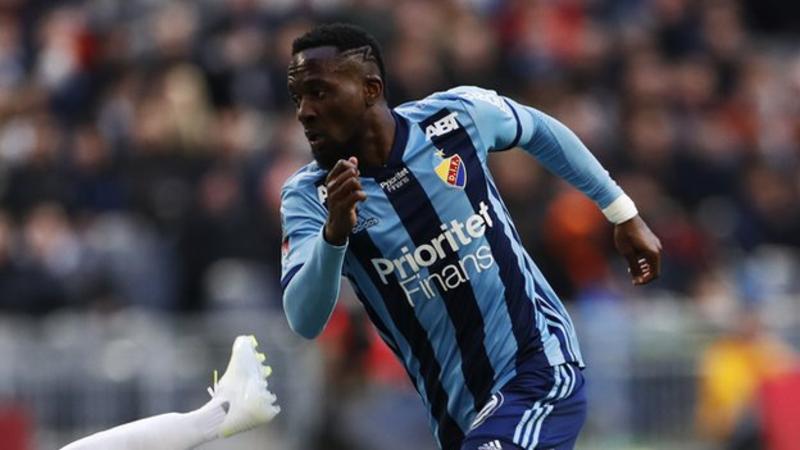 Sierra Leone striker Mohamed Buya Turay says he is recovering from a leg injury which he claims was caused by ‘juju’ or black magic.

The 24-year-old missed his country’s 1-0 loss in Benin in the 2021 Africa Cup of Nations qualifiers last Sunday due to the injury after he had featured in in their 1-1 home draw to Lesotho four days earlier.

“I had no toe injury when I played against Lesotho because no one stepped on me or kicked me.

“But I started feeling pain on my toe when I returned to the hotel where the team were camped the following day.”

“I informed the team’s physiotherapist who couldn’t figure out what was wrong, and the pain got heavier when we were on the bus heading for the training ground.

“The pain got worsened when we arrived at training ground, it extended to the whole foot and leg and I then decided to call some of my family members who took me to a woman native doctor.

“The native doctor told me that the cause of toe injury was because I stepped on a spiritual object in Leone Stars camp, put there for me by a person who wanted me to get elephantiasis thereby destroying my career.

“She further told me that if I had gone to the hospital for treatment or had used conventional medicine to try and heal the toe that would have ended my career.”

In an earlier social media post he said that the person responsible was jealous of the Golden Boot that he won in Sweden.

He also rejected claims by some fans that he avoided the Benin game in order to appear in a TV documentary aimed at promoting his career.

Buya says he believes everything that the native doctor told him and that the person he claims wants to destroy his career will not go free.

“I believe all what I have been told, I have heard before about things like these happening in the Leone Stars camp. Now I have seen it for my self,” he continued.

“I don’t want to reveal the identity of the person now but I promise to fight back, he’ll not go scot free.”

Buya who is on loan to Djurgarden from Belgian club Saint-Truidense is not sure about his international future for now because of what had happened.

“It’s not easy for me for now. Right now I’m not thinking about whether or not to play for Leone Stars, I’ll think about it later when I put behind my back what has happened with me,” he said.

The Sierra Leone Football Association, the national side’s technical team nor the sport’s ministry have reacted to Buya’s claims.