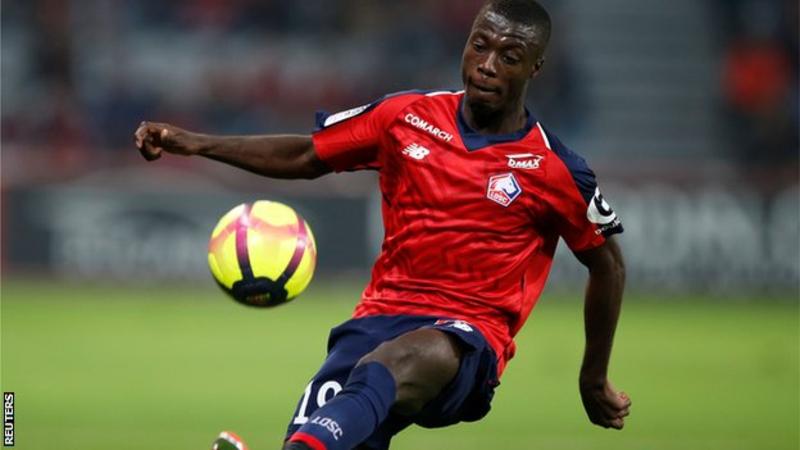 The 24-year-old has arrived in London and will have a medical on Tuesday before signing a five-year contract.

The Gunners are also in talks with a number of clubs over the possible departure of 27-year-old defender Shkodran Mustafi.

The German, who is under contract until 2021, wants to stay and prove himself.

Arsenal are keen to find an agreement for a loan or permanent transfer for Mustafi.

Another centre-back possibly heading out of the Emirates is 33-year-old Frenchman Laurent Koscielny, with talks continuing to resolve his future.

Last season’s captain is training with the under-23s and facing disciplinary proceedings after refusing to travel on Arsenal’s pre-season tour to the United States.

Koscielny has a year left on his contract and wants to be released on a free transfer, but Gunners boss Unai Emery saw the defender as part of his plans for the coming season and will only let him leave for a suitable fee.

Koscielny does not anticipate playing for Arsenal again and negotiations with interested parties are ongoing.

The club is looking to bolster in central defence before the transfer deadline on 8 August and also retain interest in Celtic left-back Kieran Tierney.