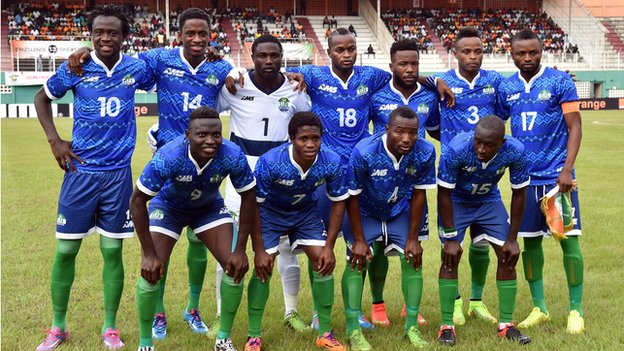 Sierra Leone players have appealed to the country’s Football Association to bring an end to infighting and allow the domestic leagues to resume.

The players have been unable to play competitive football in Sierra Leone for almost 18 months and they are feeling the effects of not being paid.

Ibrahim Kabba, a defensive midfielder of a Premier League club in Sierra Leone, told BBC Sport: “The problems in the SLFA have affected us greatly both on and off the pitch.

“Some of us decided to drop out of school to make a career in football. We are really suffering because domestic competitions are not taking place due to problems within the SLFA.

“We have not been paid for a long time now by our clubs because there is no league taking place.

“Some of us have families to take care of and we are finding it difficult to own up to our responsibilities because we are not being paid and no longer receiving match bonuses.”

SLFA president Isha Johansen and the body’s executive members remain at loggerheads with stakeholders and the country’s Sports Ministry over a number of issues, including elections at grass-roots level.

And Kabba is worried that there is no resolution in sight and no hope for the players.

“Our ambition to play abroad cannot materialise as scouts cannot come to Sierra Leone when there is no league. So our future for now doesn’t look good,” he said.

Many premier league players have expressed similar sentiments and foreign-based players, including Kei Ansu Kamara – who plays in then United States – are also concerned.

“We are unhappy with the SLFA situation,” Kamara told BBC Sport. “When they fight, we suffer. It’s like a war when it’s going on and the innocent people will always be victims.”