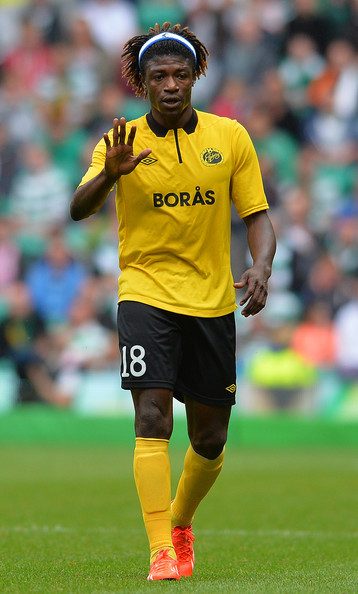 Sierra Leonean international Mohamed ‘Poborsky’ Bangura scored on his debut for Dalian Yifang to announce his name in the Chinese second tier league on Saturday.

The forward who wore the number 11 jersey netted for Dalian Yifang in the 88th minute to seal a 2-0 home win over Zhejiang Yifang in the opening weekend of the  league.

Bangura is one the players the Yifang coach Mikael Stahre rely on to achieve his goal of gaining promotion to the Chinese Super League.

The 26-year old joined the Dalian based club last December from former Swedish league champions AIK Stockholm where he had three spells.