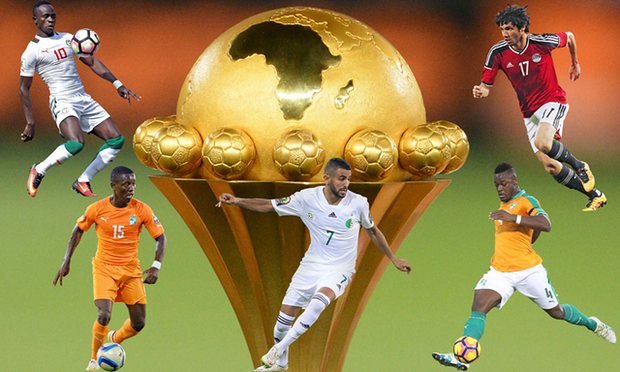 Liverpool, Manchester United, Sunderland, Leicester and others may be hit by loss of players to tournament as clubs such as Chelsea, Manchester City capitalise.

Now is the time for top clubs to prove that to be forewarned really is to be forearmed. Everyone knew that the Africa Cup of Nations was on the agenda for early 2017 and now, with 23 Premier League players among those heading off to Gabon to compete for their countries in what their employers view as the world’s worst-timed international tournament, rich clubs must show they are resourceful enough to cope. Otherwise they will pay a heavy price.

For Liverpool and Manchester United that could mean slipping further off Chelsea’s pace in the title race. For clubs such as Sunderland, Leicester City and Hull City, it could mean falling deeper into relegation trouble.

Of the 99 signings that Sir Alex Ferguson made as manager of Manchester United only four were African – and one of the reasons for that was the Scot’s wariness about losing a key player in the middle of a campaign. When forking out around £30m for Ivory Coast’s Eric Bailly last summer ,José Mourinho obviously figured that some players are so good that the risk is worth running, a feeling that Ferguson once had about Eric Djemba-Djemba.

Mourinho’s judgment looks sounder on that score, with Bailly emerging as United’s best centre-back of the season so far. United kept a clean sheet without him at West Ham United in their last match but, depending on Ivory Coast’s progress in Gabon, they may have to contest another seven matches while he is away with his country. That schedule includes the high-stakes duel with Liverpool on 15 January. On the plus side for United, Liverpool will be deprived of Sadio Mané for that match, as the forward will be on duty with Senegal.

As two of their rivals are depleted, Chelsea, who used to fret about the departures of players such as Didier Drogba, Michael Essien and Salomon Kalou, can smile at being unhindered by the Africa Cup of Nations.

Nigeria’s slightly surprising failure to qualify for the tournament means that Victor Moses remains available to Antonio Conte (so does Mikel John Obi, although Conte may not consider that a relevant observation).

Chelsea, then, can be confident that this year’s Afcon could be as beneficial to them as the last one was in 2015, when Manchester City missed Yaya Touré terribly. Two years ago the title race was a lot closer at this stage, as Chelsea were neck and neck with Manchester City before the latter lost Yaya Touré and Wilfried Bony to the Afcon. City missed Touré terribly and were seven points behind Chelsea by the time their Ivorians returned. Earlier in this season it seemed as if Pep Guardiola might not have cared if Touré went travelling for a month, now the fact that the midfielder has retired from international football means one headache fewer for a manager who has much to ponder at the moment. City will have no players at the Afcon.

Nor will Tottenham Hotspur, while Arsenal look to have enough cover to withstand the loss of the Egypt midfielder Mohamed Elneny. Sunderland and Leicester would like to be able to say something similar but both are set to lose three important players and cannot be certain of coping.

Sunderland are to be shorn of their Ivory Coast centre-back Lamine Koné, their Gabon midfielder Didier Ndong and their Tunisia midfielder Wahbi Khazri.

All three of those players featured in the club’s last Premier League win, the 1-0 victory against Watford on 17 December. The loss of Koné looks to be especially unwelcome to David Moyes, who has been keenly aware of the downside to losing a centre-back to the Afcon since 2004, when his Everton team tumbled into relegation peril by losing four matches while their Nigeria defender Joseph Yobo was away at the tournament. Koné’s absence is likely to mean regular deployment by Moyes of a central defence featuring John O’Shea and Papy Djilobodji. The latter was not deemed worthy of a call-up by Senegal and Moyes will be hoping the player’s performances over the next few weeks do not vindicate that decision.

If the Afcon goes the way that bookmakers expect, then Algeria will be in the tournament right to the end, in which case Leicester will be without Riyad Mahrez and Islam Slimani for at least four league matches on top of the FA Cup tie against Everton. Mahrez has not been as consistently good this season as he was last term, when he was voted the Premier League’s player of the year, but Claudio Ranieri would surely liked to have had him available for upcoming jousts with Chelsea, Southampton and Manchester United, not to mention the meeting with Burnley, who were tipped to struggle at the start of the campaign but are currently two points above the ailing champions. Leicester will also be adversely affected by the loss of their Ghana midfielder Daniel Amartey, who has been improving in recent weeks.

On the positive side, Mahrez’s absence represents a big opportunity for Demarai Gray, the young winger who has regularly impressed coming off the bench and performed splendidly when given a rare start against West Ham last weekend. It could also turn out to be a chance for Ahmed Musa, the Nigerian who has so far failed to make much of an impact at Leicester since his arrival in the summer. Slimani’s absence, meanwhile, could lead to regular redeployment of the Jamie Vardy-Shinji Okazaki partnership that worked so well last season.

Hull City’s attempt to haul themselves out of the relegation zone will be complicated by two significant absences from a thin squad. The Egyptian defender Ahmed Elmohamady has played in all but one of the club’s league matches so far this season, while the Congolese striker Dieumerci Mbokani has served as the fulcrum of the team’s attack in recent games, even though he has yet to score for the club.

Sam Allardyce may be wishing he used his one England match to cap Wilfried Zaha, who has since pledged his allegiance to Ivory Coast and will therefore leave Crystal Palace for the best part of a month. Palace will also be without one possible replacement for Zaha, with Bakary Sako hooking up with Mali. Watford will also lose a key winger because Nordin Amrabat will be competing for Morocco.

Wilfried Bony has been less influential than was hoped for by Stoke City this season after arriving on loan from Manchester City but the manager, Mark Hughes, would still rather the striker had not been picked by Ivory Coast. Bony is one of three departures from Stoke, with the tricky young winger Ramadan Sobhi joining up with Egypt while Mame Biram Diouf, the forward who has been successfully converted into a right wing-back by Hughes this season, will be part of Senegal’s attack.

Senegal have enough talent to go far in the tournament and that would be a bad development for West Ham, for whom Cheikhou Kouyaté is important. The London club will also be without André Ayew and whatever relief they felt after Algeria’s decision not to select Sofiane Feghouli was slightly offset by Mike Dean’s decision to render the player temporarily unavailable anyway by sending him off against Manchester United.

Progress by Senegal would be especially problematic on Merseyside and not only because of Liverpool’s need for Mané. Idrissa Gueye has been the linchpin of Everton’s midfield since joining from Aston Villain the summer.

Villa, meanwhile, are proof that the Afcon affects English clubs beyond the Premier League, as Steve Bruce’s attempt to steer the club into the Championship play-off places is made more difficult by the loss of three players, including his Ivorian top scorer Jonathan Kodjia.