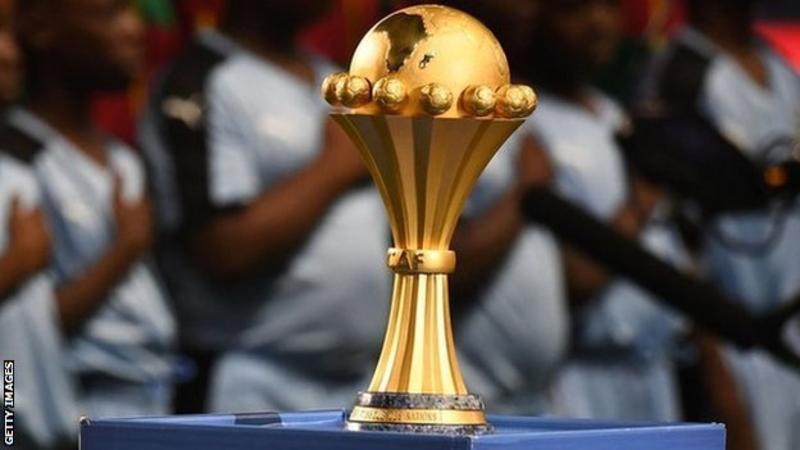 The 2021 Africa Cup of Nations will be held in Cameroon

The 2021 Africa Cup of Nations qualifying draw was made in Cairo on Thursday, ahead of the tournament to be played in Cameroon.

Algeria, the 2019 African Cup of Nations champions, must travel virtually the length of the continent for all their matches in the 2021 qualifying campaign.

The Desert Foxes were drawn to play in Group H alongside three southern African teams, Zambia, Zimbabwe and Botswana.

Senegal, will feature in Group I against Congo Brazzaville, Guinea-Bissau and eSwatini.

Madagascar, whose qualification for the quarter-finals was one of the shocks of the 2019 Cup of Nations, were put in Group K with the Ivory Coast, Niger and Ethiopia.

Ghana and South Africa are in Group C and both should qualify at the expense of Sudan and the winners of a preliminary round tie between Mauritius and Sao Tome e Principe.

Uganda, the strongest of the east African nations at the 2019 tournament, are with Burkina Faso, Malawi and South Sudan or the Seychelles in Group B.

The four preliminary ties will be played in October and the group phase kicks off the following month with two rounds.

The winners and runners-up will qualify from each group except in Group F where Cameroon automatically qualify as hosts with the highest placed of the other three teams.

Did not enter: Eritrea, Somalia