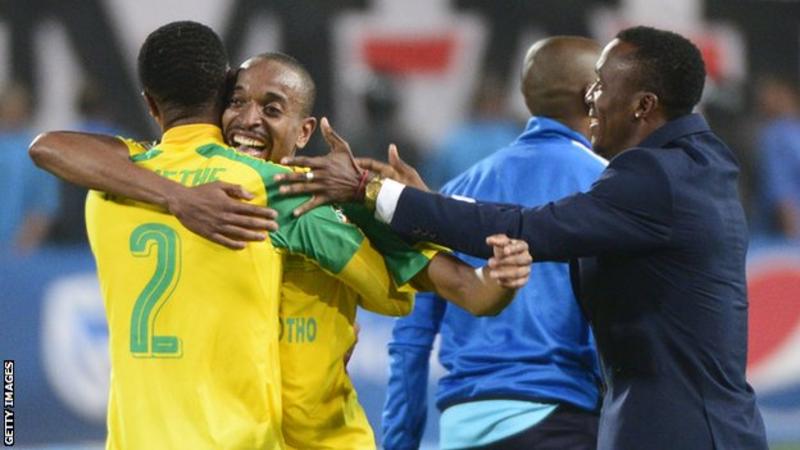 South Africans Mamelodi Sundowns will begin the defence of their African Champions League title in the second round against either KCCA of Uganda or Angola’s Primero de Agosto.

A new format means there will be two qualifying rounds prior to a 16-team group phase, double last year’s tally.

This is despite tournament regulations saying only national league winners can contest the competition.

“If for any reason, the national league of a federation was stopped for more than a year, the federation in question cannot engage any club in Caf Champions League.”

There has not been a completed league season in Sierra Leone since 2013.

The championship ended prematurely in 2014 due to the outbreak of Ebola which also meant it could not be held in 2015 while the Sierra Leone Football Association (SLFA) has not organised a league this year.

The SLFA has refused to comment on the matter while Caf simply referred to the regulations on their website.

FC Johansen were founded and are owned by Isha Johansen, the current president of the SLFA.

It would a second outing in continental club football for her club after they played in the 2013 Confederation Cup.

The preliminary round will feature a total of 46 teams and kicks off on 10-12 February.