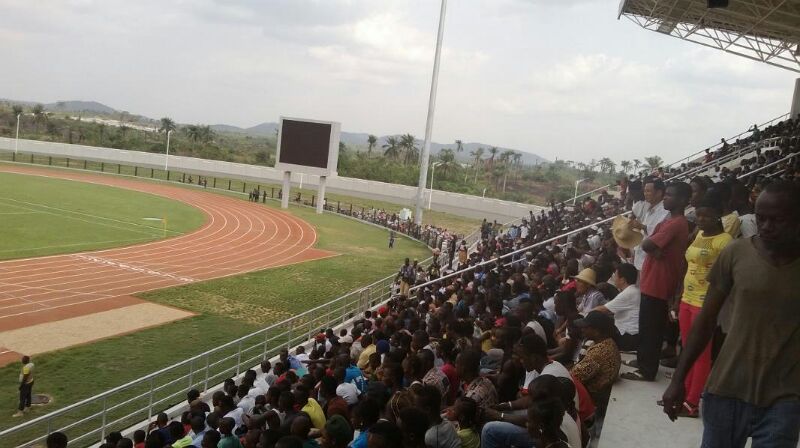 As the first edition of the Rangers Trophy, a pre-season four-game football competition geared up to create a prepared atmosphere for teams yearning to be competitors in the upcoming Sierra Leone Premier League will commence in a few hours time at the Bo Stadium, Bo District, Southern Sierra Leone.

Bo Rangers who were the league’s whipping boys during the first round of the Sierra Leone Premier League (SLPL), became a resuscitated force during the second keeping a record nine (9) consecutive clean sheets, the first in the history of the SLPL.

People of Bo will forever remain to applaud the great philanthropic gesture of football loving enthusiast, Babadi Kamara, for almost taking them from “Within Range” to a new force with the calibre of players every Premier League team may now fear meeting.

After his appointment as chairman of Bo Rangers over seven months ago, the business guru vowed to transform the ” The Bo Gari Boys” to a team that will be feared by the country’s ancient and historic clubs, a vow which by all indications is almost coming to pass.

The initiation of the Rangers Trophy is one unique venture which does not only makes Bo City the centre of attraction the past few weeks or next few weeks, but would be a springboard that would gear other football teams to call other teams for competitive friendlies during off-season preparations.

Hosts Bo Rangers, Kamboi Eagles, Diamond Stars and FC Kallon will for the next two days battle for more than fifty million Leones (Le 50,000,000) in this club friendly competition that would help team coaches test their new acquisitions as well as aid them sight weak points in their respective technical team set ups.

The momentum across the Kakua chiefdom in anticipation to the two days football activity is presently high and host Bo Rangers, FC Kallon and Diamond Stars have already assembled their squads in their lodging places within the centre of Bo City as Kamboi Eagles who are about 45 miles away from the host city are expected to be in town ahead of the gala’s opener in less than four hours time.

Fans supporting all four teams since Friday evening are making their presence felt around clubs, pubs, bars and hotels in Bo City thus creating a lively and friendly atmosphere ahead of the competition’s proper.

“The Kamboi Eagles versus Diamond Stars is a fixture clearly set to restore peace between the Eastern Region arch rivals – haven’t seen the great rivalry between the two during the 2019 SLPL that created a chaotic state in both legs”, Solomon Demby, Media officer of Bo Rangers disclosed.

“Football is a peaceful game that has unite many foes and enemies and the Rangers Trophy organising committee thought it fit to put these teams against eachother in a bid of creating sanity between them.

“Our boys will hope to revenge against the Cavallians this time in the Rangers Trophy having bowed by single goal loses to FC Kallon both home and away in the 2019 Sierra Leone Premier League season”, Demby optimistic said.

“We’ve strengthen our squad with couple of quality players during the summer, acquisitions which I believe will make us premier League contenders the coming season”, he concluded.