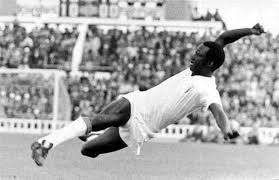 A lesson Sierra Leone can learn when it comes to respecting sporting heroes and legends is to observe how Gambia and Sevilla F.C. are honouring the legendary left footed and left winger, Alhaji Momodou “Biri Biri” Njie, or better known as The Gambian Pele, who passed away on Sunday the 19th July 2020.

It was around 2009 when popular sports presenter and Kalleone radio manager, Mr Abu Bakarr Kamara (ABK), invited me to be a regular Sunday mid day Sports panelist.

It was not long after I was priviledged to be in the same panel as the great Gambian soccer export, who despite failing his trial at Derby under the maverick and extremely controversial but talented coach Brian Clough in 1970, sparked in Denmark before his dream move to Seville in 1973, where he was adopted as their African Gem and had an exceptional 5 years, significantly scoring 14 goals in the 1974/75 season to help the club promote to the La Liga.

He played 109 matches scoring 34 times for the Andulusian side, and was adored by the fans who “Biri Biri” explained occupied a particular stand to sing his praises whenever he played.

He boasted “…they loved me and I loved them. Seville will always be my second home and Sevillians would always welcome me.”

And true to his claim, the club’s communications department in a public recollection of one of their most popular import, referenced the last trip he made to the Spanish city in september 2019 citing the same quote during an interview “People love me and I love Sevilla.”

I recall “Biri Biri” during the Programme, narrating with so much joy how he bonded with the fans and his love for Sevilla and the people, and how they reciprocated that same love for him.

In the official Sevllia FC tribute to the Gambian Pele, the club’s communications department had this to say;

“Many players have a better record in the club’s history, but few have left such a mark on the fans like him. Those five years meant the Gambian international left a legacy in the hearts of Sevilla fans which will never be forgotten, as both a legend and an idol. He would go on to receive the gold insignia of the club in front of a packed Ramon Sanchez-Pizjuan Stadium in 2017.”

As we sympathise with the people of Gambia, the Gambian FA and the family of a true African Idol, Alhaji Momodou “Biri Biri” Njie, alias The Gambian Pele, who was born on March 30th 1948, and died on Sunday 19th July 2020 aged 72 years, let us reflect on how we have and continue to ignore the plight of all African Heroes who have graced the sporting arena, in particular the soccer staidums within and beyond the continent, entertaining so many millions globally.

We should not wait for death to strike before we honour heroes and legends.

In our own little country Sierra Leone, most of our celebrated heroes have languished and suffered in absolute poverty till death, and many continue to struggle for survival.

We pretend not to be aware and insensitively ignore our duty as a Nation to support those warriors who wore the Green, white and Blue and defended the Nation’s pride for years with little or no reward.

In recent years we have seen many succumb to the call, but none more pathetic than the most popular and arguably the greatest Sierra Leonean striker of all time, the unforgettable legend King Kama Dumbuya whose memory will forever linger in our minds.

The life of Kama and all others who have passed away, and even those alive, have been ignored by succesive Football Associations and Governments over the decades and this must change. More has to be done.

In honouring “Biri Biri” in death, let us learn to respect our own heroes gone, and to do so let us care for those alive.

Alhaji “BIRI BIRI”; may the continent honour its legends and heroes in your name!

You were not only a Sevilla and Gambian Legend; you were and will always be an African Legend!