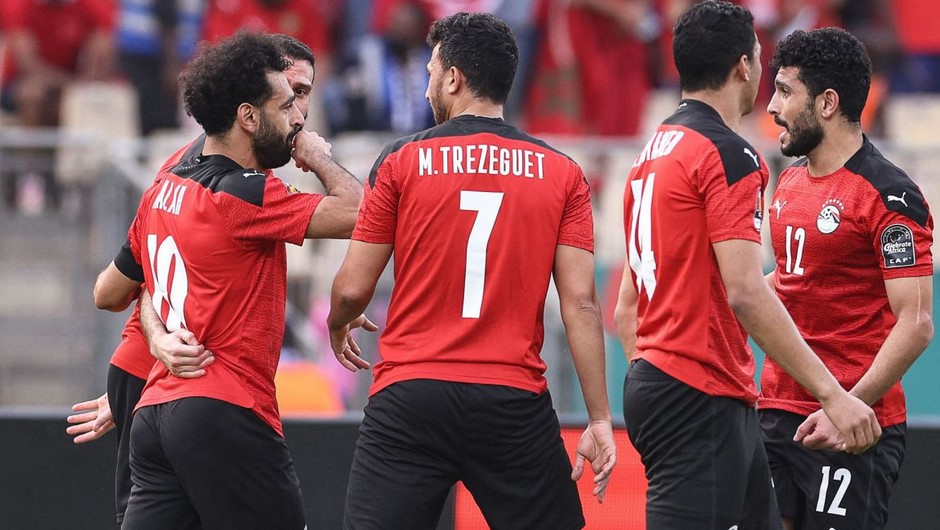 Egypt captain Mohamed Salah put up a man of the match performance to defeat Morocco 2-1 after extra time at the Ahmadou Ahidjo stadium in Yaounde to help the Pharaohs book a place in the semi-final of the Africa Cup of Nations in Cameroon.

The Liverpool star scored in the second half to cancel Sofiane Boufal’s strike from the penalty spot early in the first half before providing an assist for substitute Aston Villa’s Trezeguet who scored the winner in extra time.

The tense North African derby produced just one clear chance in the first half and that was when Morocco got a penalty.

Ashraf Hakimi was judged by VAR to be brought down in the box and Sofiane Boufal stepped up to send the Egyptian goalkeeper Gabaski the wrong way in the 6th minute.

There were other efforts from the two sides but were from long-range.

Salah equalised for Egypt eight minutes after the break after he finished a ball parried to his path by the Moroccan goalkeeper Yassine Bounou.

The Pharaohs goalkeeper Mohamed Abou Gabal denied The Atlas Lions an opportunity to win the match at normal time when he tipped Nayef Aguerd’s header on to the bar, got himself injured and was replaced by third choice goalkeeper Mohamed Sobhi.

Ten minutes into extra time the former African player of the year Salah produced the magic as he ran through from the right wing and cleverly found Substitute Trezeguet who made no mistake to score and set up a semi-final match with hosts Cameroon at the Olembe stadium in Yaounde on Thursday.

Egypt had the chance to increase their lead right at the end when Salah shot into side-netting from a counter-attack after goalie Bounou came out for a free-kick.

Senegal won the other quarter-final of the day defeating Equatorial Guinea 3-1 at the same stadium in Yaounde, and will now face Burkina Faso in the semi-final on Wednesday.

Turkey based Famara Diedhiou gave Senegal the lead in the 28th minute with a strike after receiving a pass from Sadio Mane, and Jannick Buyla equalised for Equatorial Guinea scoring with a carpeted shot 12 minutes after the interval.

Kouyate volleyed over the head of the Equatorial Guinea goalkeeper Jesus Owono in the 68th minute and Ismaila Sarr hit the back of the net eleven minutes later.