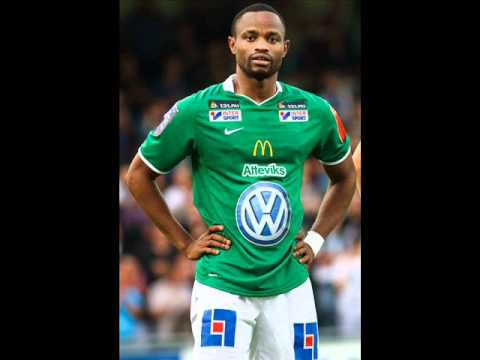 Sierra Leonean international Sheriff Suma is currently in USA searching for a team after he ended his second spell with Azerbaijan top flight club FK Rəvan due to financial reasons.

The 29-year left back has claimed that he left FK Rəvan two months ago because they could not longer afford to pay him.

“I’m presently in USA looking out for a club. I have trained with Philadelpdia Union and I’m training with other teams now,” Suma told Sierra Leone Football.com.

“I hope to secure a club as I’m talking to some teams.”

“I decided to leave FK Rəvan because the club were no longer able to pay me the amount of money we agreed to be given to me as monthly salary.”

“FK Ravan are facing financial difficulties and they even owe me three months salary.”

“I have told them that i have given them up to the end of the season in May to pay me my money or I’ll report them to FIFA.”

Suma’s last match for FK Rəvan which was his last competitive game was against Sumqayit on the 19 December l2015, the last weekend of the first half of the Azerbaijan top tier league.

He scored in that match to register his first goal of the season in his 17th appearance. He played 38 times in the league in his first spell with FK Rəvan in 2011/2012 season.

Suma had played in Sweden, Norway, Cyprus and Turkey and in Sierra Leone for FC Johansen and Kallon FC where he started playing top flight league football.

He was part of the Sierra Stars team that represented Sierra Leone at the FIFA U-17 Championship in Finland in 2003.

Suma has played many times for Leone Stars since 2006 when he made his debut against Mali in a 2008 Africa Cup of Nations qualifier.