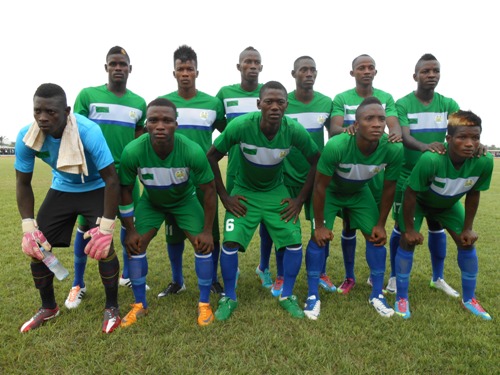 Sierra Leone Under-20 national team Shooting Stars will host their Gambia counterpart at Wusum Stadium in Makeni on Saturday commencing at 16:30 GMT.

The match is among eleven 2017 U-20 African Cup of Nations first round first leg qualifying fixtures scheduled for the weekend. The finals will be staged in Zambia.

The two teams started training over a month ago and have prepared well for the encounter and are ready to face each other.

The match will be officiated by Senegalese referees.

The Gambia have a good record over Sierra Leone in youth competitions. The Darling Scorpions won 4-1 on aggregate when they last met Shooting Stars in the 2011 U-20 African Cup of Nations qualifiers.

Shooting Stars are aware of it and want to seek revenge this time round.

The return leg will be played in Banjul on the April 23 and it’ll be officiated by Mauritanian referees.

Sierra Leone reached the second round of the 2015 qualifiers after eliminating Guinea in the first round 2-0 on aggregate. They were knocked out by Ghana 4-1 on aggregate.

Darling Scorpions were disqualified from the 2015 qualifiers after they were found guilty of using five over aged players against Liberia in Monrovia in their first round first leg game.