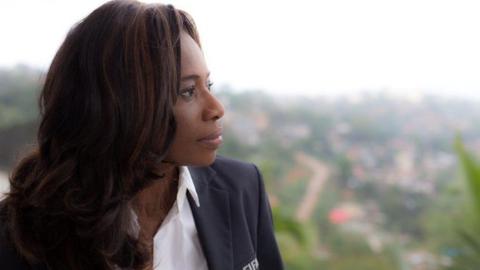 Sierra Leone FA President Isha Johansen says she has been left ‘shocked and mortified’ by her detention at the hands of Anti-Corruption officials.

Johansen was released without charge on Thursday, having spent the previous night in custody in Freetown.

“Events over the past 48 hours (have) left me shocked and mortified,” Johansen said in a statement.

“My innocence in any allegations involving corruption or related offences is undisputed.”

“My fourteen-year career in football administration nationally and globally has from the onset been centred around bringing integrity and good governance into football,” she added.

Johansen, the only female football president in Africa, was detained after failing to attend a hearing set up by the Anti-Corruption Commission (ACC) on the morning of 7 September, following which she was arrested.

She had recently returned from Ivory Coast where Sierra Leone had drawn theirfinal 2017 Africa Cup of Nations qualifier on 3 September.

Like Johansen, Brima Kamara – a former Sierra Leone international – secured his release on bail and, late on Friday, he left the Criminal Investigations Department’s headquarters in Freetown.

All three denied wrongdoing during their questioning by the ACC.

Earlier, armed police and ACC officials had raided the SLFA secretariat and taken away documents of interest to help their ongoing investigations.

Fifa says it is monitoring the situation, with the world governing body disapproving of governmental interference in the running of football.

The ACC picked up the leading SLFA officials after an FA Cup match on Wednesday.

Wednesday’s detentions came shortly after the ACC started Operation Thunderbolt, which is aimed at intensifying the fight against corruption.

ACC official Patrick Sandy explained that they made the arrests due to a of lack of cooperation from the SLFA.

“We are investigating funds the SLFA received from Fifa, the Confederation of African Football and the government of Sierra Leone as we have the mandate to do so,” Sandy added.

“We have invited them in writing and through other means to report to our headquarters but they disregarded our invitations.

“We wrote a letter to the SLFA scribe to submit documents relating to SLFA finances but they refused to cooperate.

“Instead they wrote back stating that they are not accountable to us and it could be considered as political interference, as they are only answerable to Fifa.

“The ACC is not a political institution, we are independent.”

In the past, the SLFA has insisted it is only accountable to Fifa.