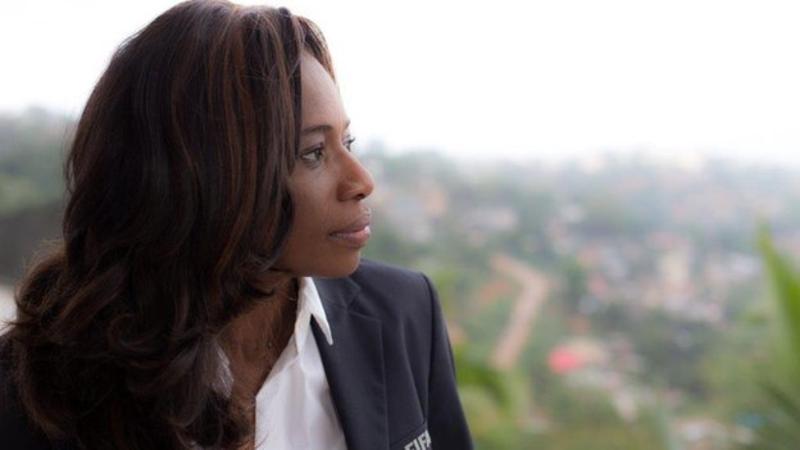 Sierra Leone football looks set for a new start after years of problems and infighting within its governing body.

An extraordinary congress in Freetown on Thursday ended with Sierra Leone Football Association (SLFA) president Isha Johansen and her biggest critics embracing and shaking hands to pave the way for a fresh beginning for football in the country.

One of the major reasons for the tension between aggrieved stakeholders and the SLFA executive committee was the setting up of an appropriate body to investigate match-fixing allegations.

“It’s a good day. Football is bigger than us. What I want is a genuine and lasting peace”

This has now been resolved with the formation of an ethics body – a first for Sierra Leone football.

It will be one of the association’s judicial bodies and will investigate four Sierra Leone internationals, referees and administrators accused of match-fixing by the SLFA.

The convening of the first congress under the current SLFA administration came about after Sierra Leone’s president Ernest Bai Koroma gave the SLFA an ultimatum to solve their internal dispute on or before March 31, 2017.

It was also in line with a peace road map set out by Fifa secretary general Fatma Samoura (pictured below) when she visited Freetown last November.

“I’m extremely happy. It’s the start of a good working relationship between us and the stakeholders,” said Johansen.

“It’s a good day. Football is bigger than us. What I want is a genuine and lasting peace.”

The extraordinary general assembly also paved the way for nine out of 14 Premier League teams to put an end to a breakaway league to participate in the country’s top tier league which will commence soon.

At the end of the congress Johansen said: “I’m pleased to announce that we are ready to play football everywhere in Sierra Leone at all levels.”

She also stated that the SLFA would provide almost $29,000 for the commencement of the Premier League and it would also provide financial supports to other domestic competitions including the female national league.

Leader of the stakeholders, Idrissa Tarawalley, who doubles as secretary general of a Premier League club Ports Authority FC, is delighted about the truce and the decision for the Premier league to start soon.

“We are happy that there is now peace as a result of a successful extraordinary congress. This is what we’ve been yearning for. We only hope that it’ll be a sincere and lasting peace,” said Tarawalley.

“We look forward to further discussions with the FA on how to move things forward.

“I’m also delighted that the beneficiaries – the footballers – will now have a chance to ply their trade as we have agreed that the Premier League will start soon.

“For far too long we’ve deprived our footballers from playing. We can no longer afford to deprive them” Tarawalley added.

The Sierra Leone Sports minister Ahmed Khanou, who co-chaired the congress as moral guarantor of the peace process, is also buoyed by the mood of optimism.

“I’m happy about the outcome of the congress and be assured that I’m committed to getting lasting peace, ” said Khanou.

“The consultations will continue and I’m happy everybody is now on board to play football everywhere in the country.”